Laws and regulations are designed to limit the spread of Johne’s disease.

Certification programs may be part of such laws and regulations but are dealt with separately on this website. 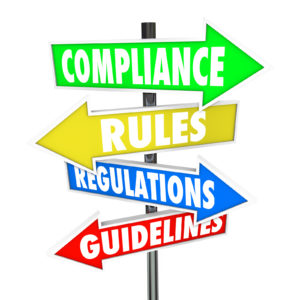 Regulations on cattle with Johne’s disease are generally designed to help control the infection and help protect buyers of cattle as well as the owners of cattle herds in the states or countries in which the buyer / importer lives. Regulations can originate from the beef cattle industry itself (self-regulation) or from governmental bodies.

There are at least four situations where regulations can help to slow the spread of Johne’s disease:

Regulations are changing at an accelerating pace and it can be frustrating trying to find out what the most current rules are. For sources of information on the latest regulations herd owners should ask their herd veterinarian. Veterinarians should stay informed about rules and regulations and ask the chief veterinary officer for their state or country (called the State Veterinarian in the U.S.) when in doubt. The Internet is a good source for the latest rules and regulations, but do not hesitate to call the veterinary official in charge when you have questions. While websites are useful, sometimes a phone call works even better. Websites generally give the phone and fax numbers of the veterinary official in charge for each state or country.

Certain infectious diseases of animals are “reportable” or “notifiable”. This generally means that the veterinarian who makes a diagnosis of a reportable disease is obligated by law to inform the appropriate veterinary official for his/her state or country of the diagnosis. Examples of well-known reportable cattle diseases are tuberculosis (TB), caused by Mycobacterium bovis, and brucellosis, caused by Brucella abortus and also known as Bang’s disease. This link takes you to the U.S. list of notifiable diseases.

Sometimes a disease diagnosis obtained by one method is reportable while diagnosis by another method is not. As an example, sometimes diagnosis of Johne’s disease by fecal culture is reportable while diagnosis by ELISA is not. Also, if the veterinarian uses a state diagnostic laboratory for disease testing, the results are automatically reported to that state’s chief veterinary medical officer fulfilling the veterinarian’s reporting requirement. Most private testing laboratories do not do this.

The value of making Johne’s disease reportable is a hotly debated topic. Some believe that reporting enhances the ability of regulatory veterinarians to control this disease because they can monitor which herds are infected and observe changes in disease prevalence over time. Others think reporting impairs Johne’s disease control because of a perceived stigma it places on infected herds. This latter concern is directly related to the public accessibility of governmental records listing infected herds, and this too varies among countries and among states within the U.S. In the U.S., at last count, 13 states had Johne’s disease listed as a reportable disease by at least one diagnostic method. At least one state, Wisconsin, has made the state’s Johne’s disease testing records confidential (exempt from the open records law) in an effort to encourage more testing by herd owners.

Disclosure of the Johne’s disease status of individual cattle or the herd from which they originate is not universally or explicitly required. Laws governing this are not necessarily limited to animal health regulations. In some states, regulations concerning general commerce are applicable. In some U.S. states, laws such as the Uniform Commercial Code may apply to sale of cattle. In other states, cattle are sold strictly on a “buyer beware” basis. Sellers of cattle should become well-informed as to the laws and regulations that apply to sales to avoid liability for sale of infected animals. 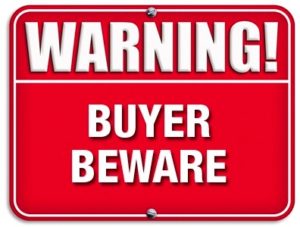 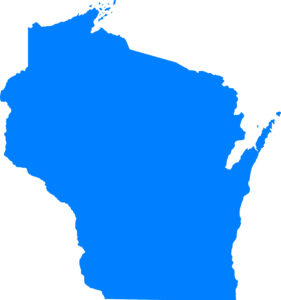 In the U.S., Wisconsin requires that sellers of cattle explicitly disclose the Johne’s disease status of their herd when selling animals. This law, called the Implied Warranty Law, is designed to 1) protect buyers by insuring they have the information needed to make an informed judgement as to the risk of buying an M. a. paratuberculosis-infected dairy replacement, and 2) to slow the spread of this infectious disease for the general benefit of the cattle industry of the state.

The Implied Warranty Law essentially places the liability for knowingly selling animals that have been exposed to Johne’s disease or are test-positive on the seller. Details are provided in ATCP 10.16 – Johne’s DIsease; Sales of Cattle., state rules relative to the Implied Warranty.

Comment: While these novel regulations in Wisconsin are designed to help cattle owners avoid Johne’s disease introduction to their herds, the program is not being utilized to any significant extent.

Trade of cattle, embryos and semen among herds, states and countries is common practice. With animal or germ plasm trade comes a risk of infectious disease transmission. Regulations are designed to limit this risk. Internationally, the O.I.E. (The World Organization for Animal Health), an agency of the World Health Organization, is responsible for collecting and reporting data on the prevalence of infectious animal diseases by country and for standardizing methods for disease diagnosis, among other functions. There are 155 member countries of O.I.E. A visit to their website is highly recommended. In case you are wondering, this OIE acronym comes from the French terms for this agency, Office International des Epizooties.

Rules governing what tests for Johne’s disease are required for importation of cattle or germ plasm (embryos and semen) are set by the importing country. The importing country should be contacted before shipment to get the most up-to-date testing requirements. This is the USDA website concerning import and export.

Rules regarding Johne’s disease testing requirements for movement of cattle within different countries are too numerous to be maintained on this website.

Rules about paratuberculosis governing inter-state movement of cattle are found in the Code of Federal Regulations 9CFR parts 80 and 71. Key provisions include: 1) cattle that test positive for Johne’s disease by an organism detection based test, such as fecal culture or PCR, be moved interstate to slaughter only, and 2) such animals must move on an owner/shipper statement.

State and/or national rules and regulations regarding Johne’s disease are established to help control this infectious disease. They are detailed, technical, unique to each state or country, and subject to change without notice. This page gives the rationale and general description of some regulations and leads the reader to more specific sources of information.