The majority of MAP infections occur in food-producing ruminants, i.e. cattle, goats and sheep. Meat and milk derived from MAP-infected animals is commonly contaminated before harvesting (slaughter), during the disseminated stage of MAP infections when the organism is found in muscle meat, internal organs, colostrum and milk, and the unborn fetus of pregnant animals. During harvesting of both milk and meat there is a second opportunity for MAP contamination of food products in conjunction with fecal contamination. Thus, raw products originating from herds or flocks of MAP-infected animals are likely to be MAP-contaminated. Counts up to 560 MAP/mL of raw milk from individual cows have been reported. The question then becomes whether manufacturing processes or cooking by the consumer will reliably kill MAP. 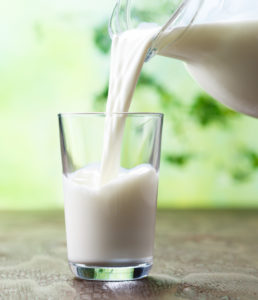 The preponderance of work on the ability of food manufacturing processes to kill MAP has focused on pasteurization, specifically high-temperature short-time (HTST) pasteurization. Laboratory studies attempting to measure standard thermal tolerance parameters for MAP indicate that it is more heat-resistant than Mycobacterium bovis (the cause of bovine TB) and Coxiella burnetti (the cause of Q fever), the two milk-borne zoonotic pathogens designed to be killed by pasteurization. Corroborating this are multiple independent retail milk surveys reporting recovery of viable MAP by culture from retail HTST pasteurized milk. Clearly, HTST pasteurization kills large numbers of MAP in milk. However, evidence suggests that it does not kill 100% of MAP cells 100% of the time, or that post-pasteurization MAP contamination is frequently occurring. More details are provided under the topic MAP Biology/Resistance. 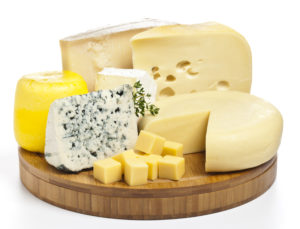 High moisture, high pH, “fresh” (short time from production to consumption), cheeses made from raw milk have the greatest likelihood of containing MAP as well as other milk-borne bacterial pathogens like Listeria. However, MAP has been shown to persist even the processes involved in making low-moisture, low pH, aged cheese such as Swiss cheese, regardless of whether milk was first pasteurized or not.

MAP numbers in spiked yogurt were shown to persist during storage but decline somewhat in the presence of certain probiotic bacteria found in fermented milk products. Other dairy products such as ice cream or powdered milk preparations have not been studied. 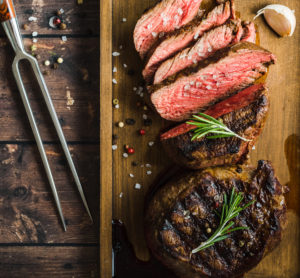 The effect of cooking on MAP viability in meat has been studied far less than pasteurization. Empirically, if meat is cooked to a condition known as “well-done” (defined as when the meat juices run clear), then the center of the product has attained a core temperature equivalent to that of HTST pasteurization. Hence, one could predict low or no MAP recovery from well-done meat. This prediction is supported by two studies attempting recovery of MAP from naturally and intentionally contaminated meat. Meat not cooked until “well-done” could harbor viable MAP. 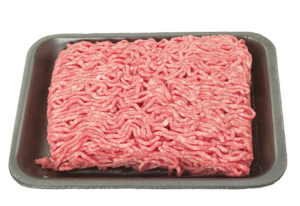 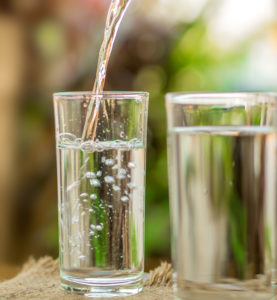 Although not traditionally considered “food”, domestic water supplies must be considered in the context of food safety to insure a balanced perspective on potential modes of human exposure to MAP. Domestic water sources vary among and within communities. Tap water may originate from surface water, i.e. lakes and rivers, or underground, i.e. wells. Surface waters are generally a mix of rainwater runoff and artesian spring water. Rainwater falling on land occupied by MAP-infected cattle has the potential to harbor MAP and the organism will persist in rainwater runoff for a prolonged time, e.g. over a year. Mycobacteria, including MAP, are resistant to killing by the levels of chlorine commonly used to decontaminate domestic water. Hence, water may exposure humans to MAP either by drinking or by aerosolization and inhalation.

Recent risk assessments concur in the conclusion that MAP contaminates raw products derived from MAP-infected animals and water runoff from MAP-infected farms, and that it may survive food manufacturing processes or cooking. The provocative discovery that MAP can produce spores [see Why so Resistant?] explains its persistence in the environment and its tenacity in the face of industrial processes designed to control food-borne bacterial pathogens. It remains to be proven what the real health consequences of MAP exposure or infection are for humans, and it will take considerable time and effort for medical science to resolve this question due, in part, to the chronic insidious nature of the diseases potentially involved and the lack of well standardized assays for MAP infection in humans.

Given the weight of evidence and the severity and magnitude of potential human health problems, the precautionary principle suggests that it is time to take actions to limit “as low as reasonably achievable” human exposure to MAP. All evidence suggests that the farm is the critical control point. Paratuberculosis control on farms serves to improve animal health and welfare, improve farm profitability, and lower MAP numbers in raw food products thereby lessening the likelihood and level of human exposure to MAP whether in dairy products, meat or domestic water supplies. With the rapid globalization of food production and trade, the challenge of MAP control for both animal health and consumer confidence in the safety of their food is international.