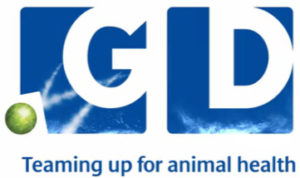 Luttikholt et al. from the Department of Small Ruminant Health, GD Animal Health, The Netherlands, reported on the accuracy of an ELISA (IDEXX) used on milk samples from goats in both MAP-vaccinated and non-vaccinated herds. The cut-off for a positive test was based on ROC analysis and set at 25 S/P%. The cut-off recommended by the kit manufacturer for bovine milk samples is ≥30 S/P%. This article appears in the July 2019 issue of Veterinary Sciences.

The aims of our study were to calculate the most appropriate cut-off value for milk samples in a serum-validated Mycobacterium avium subsp. paratuberculosis (MAP) ELISA and to analyze MAP ELISA responses in milk samples from vaccinated and non-vaccinated dairy goats in the Netherlands. Analyzed herds were representative for location and herd size of dairy goat herds in the Netherlands. A significantly higher proportion of the analyzed 49 herds were organic as compared with the total Dutch dairy goat population. First, the MAP ELISA was optimized using 992 paired serum and milk samples. At a cut-off of 25 S/P%, the relative sensitivity (Se) was 58.4% (n = 992, 95% CI: 48.8%−67.6%) and relative specificity (Sp) was 98.5% (n = 992, 95% CI: 97.5%−99.2%), as compared to serum ELISA results. The percentage of positively tested herds was 78.2% (n = 49, 95% CI: 63.4%−88.1%). The percentage of positive milk samples per herd (n = 22) was on average 4.6% (median, min, and max of 4.7%, 0.0%, and 10.7%, respectively). Average age of ELISA-positive (3.2 years) and -negative goats (3.2 years) was not different. Significantly more vaccinated goats tested positive (6.7%) as compared with non-vaccinated goats (1.1%). This study shows that a high number of vaccinated and non-vaccinated commercial dairy goat herds in the Netherlands have MAP-ELISA-positive goats.

Clearly, MAP infections are common in Dutch dairy goat herds (78.1% had 1 or more milk ELISA-positive animals) which somewhat higher than MAP infection prevalence estimates among goat herds in other countries (see the discussion section of the paper and previous news items on this site). MAP vaccination increased the rate of animals testing positive by the milk ELISA but, as the authors acknowledge, this could be because vaccinating herds have a higher infection rate, i.e. the reason they started vaccinating for paratuberculosis.

Use of low sensitivity tests works well for herds, regions or countries wanting to demonstrate that MAP is not a big problem and/or to lessen consumer concerns. However, it can misrepresent the true magnitude of the paratuberculosis problem and lead herd owners to under-estimate the significance of MAP infections to the health of their herd.