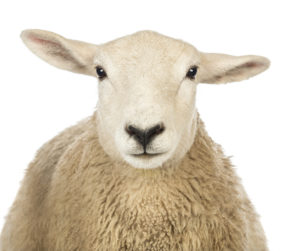 Julie Arsenault and colleagues just reported a comparison of PCR assays to detect MAP in fecal samples from ewes culled from 7 flocks in Quebec, Canada (see JVDI OnlineFirst, 02-NOV-2018, link below). This is a novel contribution to Johne’s disease research since there are not many reports of diagnostic test accuracy on sheep are available from animals in North America.

The case definition for being MAP-infected was based on isolation of MAP in culture from tissues and was met by 44 ewes in the study. Another 30 culled ewes from these same flocks were deemed not MAP-infected based on culture for MAP from tissues and histopathology. The in-house real-time IS900 PCR sensitivity (Se) & specificity (Sp) were 84% and 93%. By comparison, a commercial PCR kit (Tetracore) had values of 52% (Se) and 93% (Sp), assuming “suspect” classified samples were considered negative. The Tetracore Se & Sp values were 63% and 87% if suspects were classified as positive because Se goes up, but Sp goes down as you move the cut-off for defining a “positive”.

Comment: Evaluation of diagnostic assays is tricky business. The case definition is crucial! This study used a standard, well-accepted case definition for MAP-infected sheep, i.e. the sheep considered as “cases” were culture-positive from mesenteric lymph nodes, ileum or feces. The trickier part is the case definition for not MAP-infected. While it is relevant to test animals residing in the same flocks as the MAP-infected animals, it is also important to test animals in flocks that are 100% certain to be MAP-free. This higher standard for not MAP-infected, testing MAP-free flocks, was not achieved in the study making specificity estimates questionable (acknowledged by the authors). Because PCR assays may be more sensitive than the “gold standard” used to define not infected ewes there may be instances where the PCR was correct and the case definition for being not MAP-infected was wrong. And, the study was relatively small making the 95% confidence limits on Se and Sp estimates fairly large.

There is much to be learned from the study details, including the supplementary information. Check out Fig.1 to see from where MAP was most often isolated. Read this well-written article, in the Journal of Veterinary Diagnostic Investigation it is worth your time.