Chronic Wasting Disease (CWD) is in the news as experts raise concerns about its unchecked spread. Read here the Opinion/Hypothesis article in the July/August issue of mBio titled: Chronic Wasting Disease in Cervids: Implications for Prion Transmission to Humans and Other Animal Species. The authors of the article conclude: Available data indicate that the incidence of CWD in cervids is increasing and that the potential exists for transmission to humans and subsequent human disease. Given the long incubation period of prion-associated conditions, improving public health measures now to prevent human exposure to CWD prions and to further understand the potential risk to humans may reduce the likelihood of a BSE-like event in the years to come.

Today’s Johnes.org news item contrasts CWD with a more common chronic wasting disease known as Johne’s disease (JD). I do this with the intention of questioning the relative importance of CWD and JD to society and urging science-based decisions on animal disease control investments. The evidence in the table below and the references that follow speak for themselves. 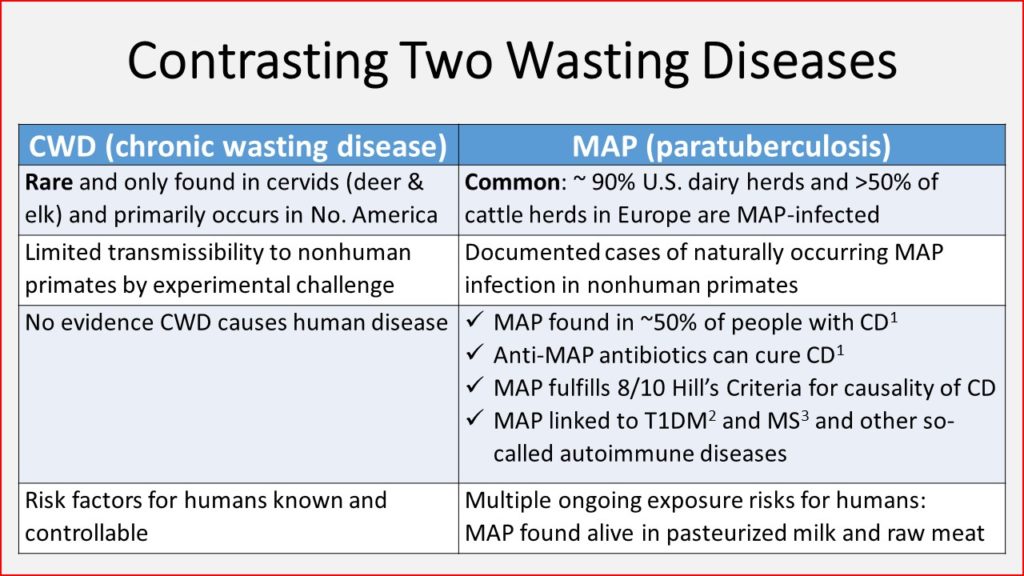