Dr. Conor McAloon from the Section of Herd Health and Animal Husbandry, School of Veterinary Medicine, University College Dublin, Ireland, together with 10 other colleagues analyzed data from dairy herds in the national Johne’s Disease Control Programme (JDCP) in Ireland from January 2014 to December 2015 inclusive, consisting of 42,657 milk recordings from 18,569 cows across 187 dairy herds. Their publication in the Journal of Dairy Science appeared online July 31, 2020. 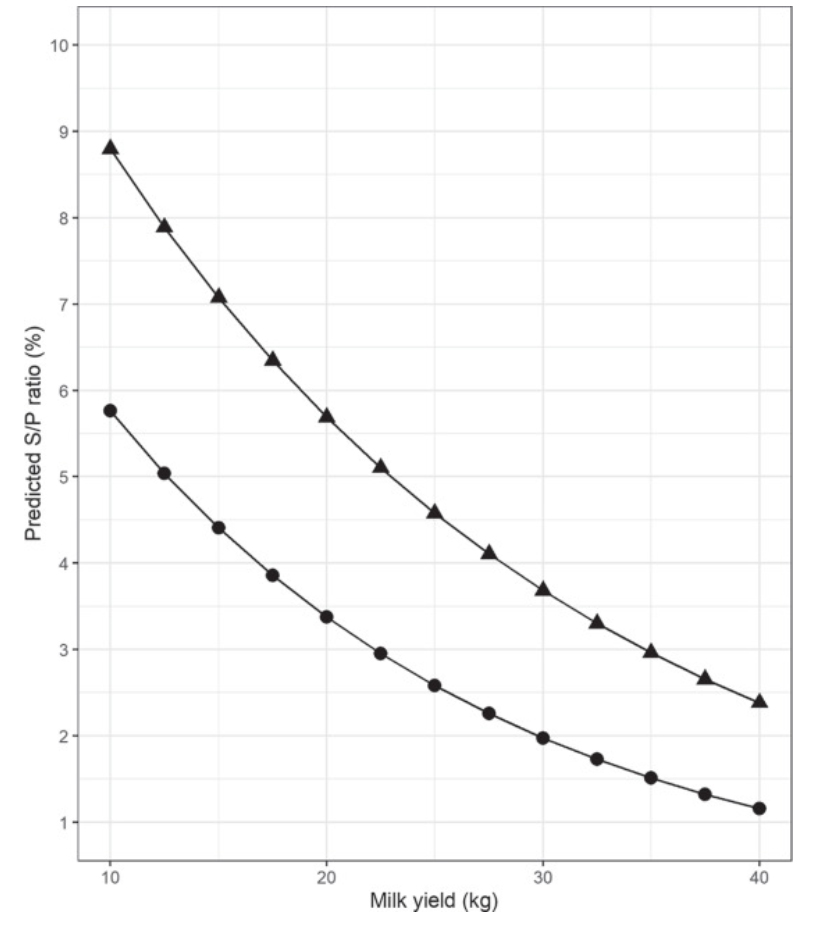 Antibody-detecting tests for Mycobacterium avium ssp. paratuberculosis (MAP) have low sensitivity and imperfect specificity for detection of infection. Sensitivity increases as the disease progresses. Aside from infection status and stage of disease, several factors affect test performance. These factors have not yet been studied in dairy cows producing lower volumes of milk with higher solids concentration, such as those managed in low-input, pasture-based production systems. Furthermore, the effect of correcting for these associations on individual and herd test status is also unknown. The first objective of this study was to examine the relationship between MAP antibody response in milk and milk yield, somatic cell count (SCC), fat and protein contents, and stage of lactation in dairy cows enrolled in the national Johne’s Disease Control Programme (JDCP) in Ireland. The second objective was to examine the effect of correcting the antibody response for these associations on the test status of individual cows and herds, given that individual tests are often used to define a herd’s status. Data were extracted for herds in the JDCP from January 2014 to December 2015 inclusive, consisting of 42,657 milk recordings from 18,569 cows across 187 dairy herds. Two linear regression models were constructed to investigate the association between log-transformed MAP sample-to-positive ratio and milk recording data and in primi- and multiparous cows. Days in milk was modeled as a B-spline in each model, and cow and herd were included as random effects. Across both models, natural log-transformed MAP antibody response was negatively associated with milk yield, positively associated with protein and fat production, and had a curvilinear association with log-transformed SCC. The association between MAP antibody response and days in milk varied over the course of the lactation. However, when combined, these variables explained only 5.1% of the variation in the antibody response of the population. After correcting for these associations, 93 multiparous cows and 20 primiparous cows changed category (negative, suspect, or positive). When considered at the herd-test level, out of a total of 531 herd tests, 1 herd changed from negative to positive, and 5 herds changed from positive to negative. This study provides useful information to aid in the interpretation of antibody results for herds testing animals for the presence of MAP infection. At an overall population level, correction of the serological response for non-disease-associated factors has the potential to change the status of only a small number of cows. At the herd level, the proportion of herds changing status was minimal. However, depending on the implications of a herd-level serological diagnosis, consideration should be given to correcting for these non-disease-associated variables within the context of national JD control programs.

Comment: The above graphic from McAloon’s paper illustrate that ELISAs for Johne’s disease done on milk samples are best done early or late in lactation. This study again shows a direct relationship between the magnitude of the ELISA value, called S/P value, and the yield of milk, i.e. higher ELISA S/P means lower milk yield (figure at the top of this page). Milk ELISAs are the least expensive testing option for dairy herds in most countries and are useful in controlling Johne’s disease and selecting cows for replacement.