Dr. Philip Robinson, School of Veterinary Medicine, College of Medical, Veterinary and Life Sciences, University of Glasgow used social science methods to explore farmer and veterinarian attitudes about Johne’s disease control in the UK. The publication titled “’They’ve got to be testing and doing something about it’: Farmer and veterinarian views on drivers for Johne’s disease control in dairy herds in England” appears in the September 2020 issue of Preventive Veterinary Medicine. The article also succinctly describes the UK’s National Johne’s Management Plan (NJMP).

This is one of the most interesting articles I have read is quite some time. It is filled with quotes from the dairy producers and veterinarians who were interviewed in conducting this study. There are many valuable lessons for how to motivate people and operate an effective national JD control program.

Must reading for everyone! 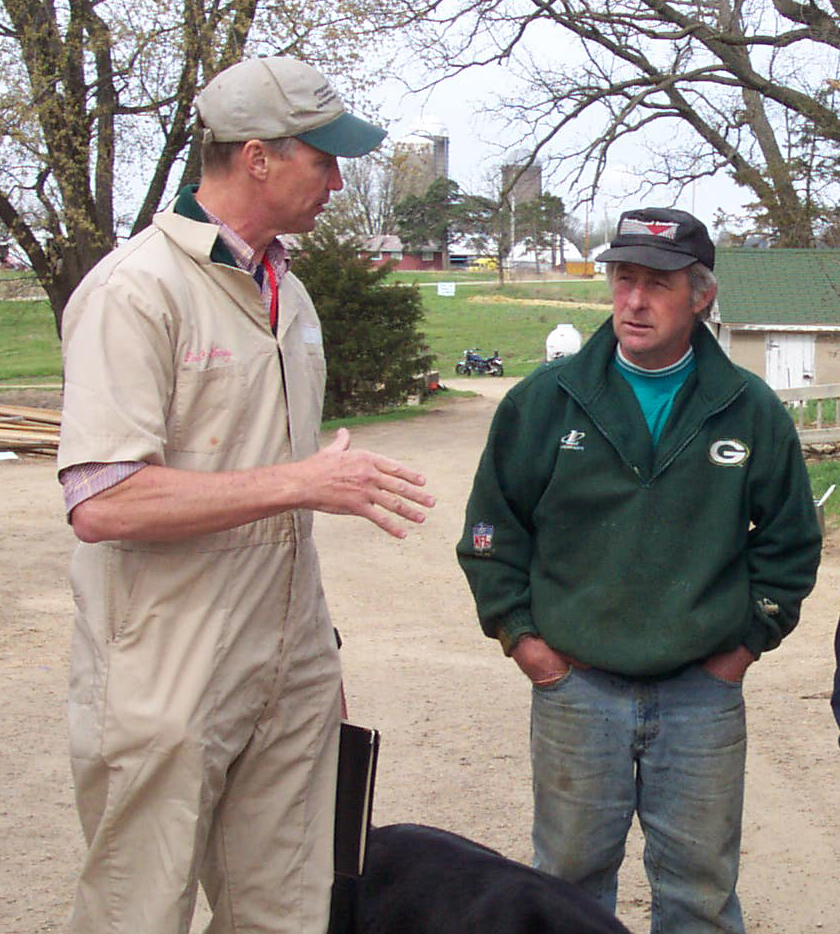 There needs to be an understanding of the reasons why key stakeholders engage in disease control efforts if disease is to be successfully and sustainably controlled. It is increasingly recognised within veterinary epidemiology and policy making in animal health that these ‘people factors’ are important influences on the success or otherwise of animal disease control programmes. Research methodologies adopted from the social sciences offer ways to understand this important dimension through investigating the attitudes and opinions of the key actors involved. The study reported in this paper, based on qualitative interview research, investigates the views of dairy farmers and cattle veterinarians on the drivers and incentives for controlling Johne’s disease in English dairy herds. Twenty semi-structured interviews involving 17 dairy farmers and seven veterinarians were conducted in two dairy-intensive regions of England. The findings demonstrate the varied influences of veterinary advice and encouragement; appreciation of the economic cost of the disease at herd level; a voluntary national control plan; and fear of a future consumer food scare as the main reasons to engage in Johne’s disease control on dairy farms. The study demonstrates how a combination of a voluntary industry-led control scheme, compulsory participation through retailer and processor contractual requirements, and threats of reputational harm and market loss have strongly influenced farmer and veterinary behaviour in relation to Johne’s control without statutory involvement. The findings illustrate the importance of considering the political economy and societal impact of animal disease.

Johne’s disease control in dairy herds in England is not just about the trust that farmers have in the veterinary disease control advice of their veterinarians and whether it spurs action, or the relative economic merits of improving dairy herd health at the individual farm level. Rather, Johne’s control drivers would appear to be strongly influenced by wider industry concerns focused on the health implications of a possible causal association between MAP infection and Crohn’s disease in humans mediated through dairy cattle or dairy products. The findings illustrate the benefits of considering the wider political economy and potential societal impact of animal disease, and how these dimensions can also influence motivations for disease control, as argued in the introduction to this paper. The study raises interesting questions about the relationships between the roles and responsibilities for the control of endemic disease in food animals, food safety, and public and private goods in a global marketplace, and whether non-regulatory approaches by commercial private sector organisations are as effective, or even more effective, in raising animal health standards compared to statutory regulation. The relative socioeconomic and political merits of statutory, public-private partnerships, or privately funded animal health initiatives for endemic livestock diseases is an area which deserves further interdisciplinary research attention within the fields of veterinary epidemiology and animal health economics.

Commentary – some of my favorite quotes in the publication:

From and exasperated veterinarian:
‘I can think of a great example: this man has a [supermarket] contract, so he has to do Johne’s testing – it’s obligatory for him. He loses clinical Johne’s cows hand over fist, and every single time I go there to look at a sick cow that’s dropped its milk [I say] … “Is it on the Johne’s list?” [He says]:“I haven’t looked.” So he does the recording because his milk buyer tells him he has to, but he’s making no effort, even though he’s losing … 5% of the herd a year to clinical Johne’s.’ (Int B04, veterinarian)

From a motivated veterinarian:
‘Yeah, it’s just something I feel passionate about, and it’s something I can see being a real issue. I also like my job, and I want my clients to be there in ten years’ time, and this could be a make or break for a lot of people.’ (Int B11, veterinarian)

From a farmer on his motivation:
‘AHDB (British farmer levy board) tell us it costs £1800 to rear a heifer to calving now. What’s the point in rearing a Johne’s heifer and spending £1800 on her when you might as well shoot it, or sell it and let someone else have the hassle? It doesn’t make sense – it’s hard enough farming as it is without knowingly rearing unhealthy animals.’ (Int A09, dairy farmer)

There are many many other interesting quotes and summary ideas about JD control in this important publication. Read it!