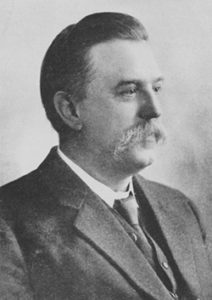 106 years ago today there appeared a 3 page report by T.K. Dalziel in the British Medical Journal (vol. 2, no. 2756, pp 1068-1070, October 25, 1913) that is widely regarded as the first report of the chronic inflammatory intestinal condition that is now called Crohn’s disease; named for the first of three authors of the 1932 report describing the pathology and clinical presentation of this regional ileitis. Dalziel describes several cases, three of which have pathology reports.

Noteworthy is that Dalziel mentions the gross and microscopic similarities of the intestines he removed from patients with those from cases of Johne’s disease in cattle. He mentions the 1895 work of Johne (misspelled as Henny) and Frothingham and cites the early work on the Johne’s disease pathology by McFadyen. The puzzling aspect is that while the pathology of the human and animal diseases is strikingly similar, acid-fact bacteria (MAP) can be seen in the animal tissues but not in the human tissues: a puzzle that remains today and is the essential feature leading some experts to view the human and animal forms of this chronic enteritis as having different causes.

Comment: It is often useful to read the original published reports to avoid perpetuating misunderstandings. However, it is often hard to obtain older literature. It is for this reason that the Johne’s Information Center highlights provides access this seminal report. This is made possible by JSTOR (short for journal storage) and we are grateful to this organization for making the article accessible.

There were 6.8 million cases of inflammatory bowel disease (IBD) globally in 2017. At the national level, the USA had the highest age-standardized prevalence rate (464 per 100,000 population), followed by the UK (450 per 100,000). This equates to roughly 1 out of every 220 people having IBD. The total years lived with disability (YLDs) attributed to IBD almost doubled over the study period, from 0.56 million in 1990 to 1.02 million in 2017. These data come from a study funded by Bill & Melinda Gates Foundation published online October 21 in Lancet Gastroenterology Hepatology. This excellent Open Access article is titled: “The global, regional, and national burden of inflammatory bowel disease in 195 countries and territories, 1990–2017: a systematic analysis for the Global Burden of Disease Study 2017”.

IBD in humans and Johne’s disease (JD) in animals have both increased in prevalence globally over the past 100 years.  The prevalence of IBD and JD by country are also strikingly similar.  Read more about the zoonotic potential of MAP and the association of MAP and IBD here.