In prior clinical trials, all patients treated with anti-mycobacterial antibiotic therapy (AMAT) had been on standard anti-inflammatory drugs before being referred for AMAT, i.e. AMAT as second-line therapy. A new study by G. Agrawal from the Centre for Digestive Diseases, New South Wales, Australia (Prof. Thomas Borody, Director) reported for the first time a case series (8 patients) of treatment-naïve Crohn’s Disease patients treated with AMAT as first-line therapy. This OPEN ACCESS article was published March 6, 2020 in the journal Microorganisms, volume 8 issue 3 page 371.

Prospective trials of anti-mycobacterial antibiotic therapy (AMAT) have proven efficacious in Crohn’s disease (CD) but use as first-line treatment in CD has not been evaluated. This paper reports the outcomes of patients with CD treated with first-line AMAT. This paper consists of a case series of treatment-naïve CD patients who received AMAT as first-line treatment between 2007 and 2014 at a single center. AMAT treatment consisted of rifabutin, clofazimine and clarithromycin, plus either ciprofloxacin, metronidazole or ethambutol. Symptoms, inflammatory blood markers, colonoscopy and histology results, in addition to, the Crohn’s Disease Activity Index (CDAI) were tabulated from patients’ clinical records, and descriptive statistics were conducted. A Wilcoxon signed-rank test assessed the difference in CDAI scores before and while on AMAT. The statistical significance was set at 5%.

Clinical remission (CDAI < 150) with rapid improvement in clinical symptoms and inflammatory markers was seen in all eight patients receiving AMAT as sole therapy by 6 weeks. In all eight patients, the median CDAI score decreased significantly, from 289 prior to treatment to 62 at the 12-month follow-up (p < 0.001). Follow-up colonoscopies showed healing of CD ulcers, no visible mucosal inflammation, restoration of normal vascular patterns and complete mucosal healing on histology samples. AMAT as first-line therapy demonstrated a rapid improvement of Crohn’s disease (not previously seen when used as second-line therapy). 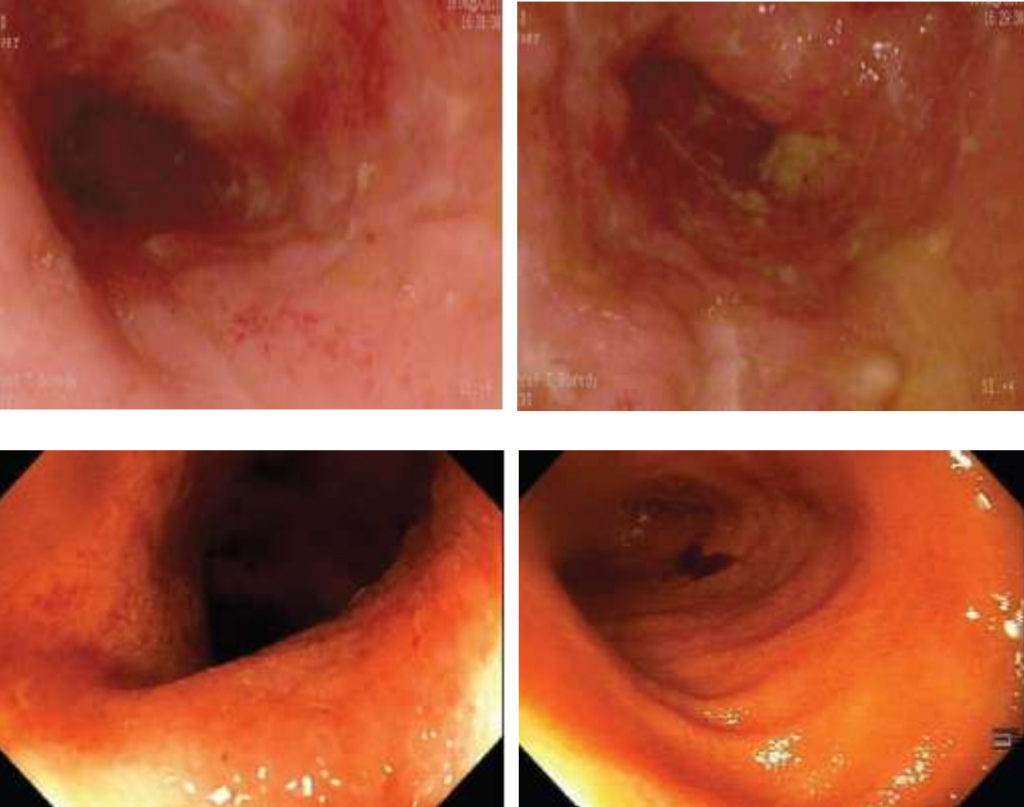 Our results dictate that future trials also examine AMAT as a first-line rather than rescue therapy. In addition, a four-drug combination is thought to be optimal, and AMAT’s decreased side effect profile and omission of immune suppression therapy make it a favorable option for a future pediatric study.

Comments: This case series adds further support to the hypothesis that MAP is a zoonotic pathogen and a cause of Crohn’s disease. It also gives hope to people suffering from this chronic debilitating disease.