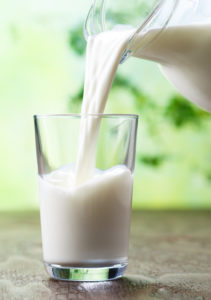 Contamination of bulk tank milk MAP can occur through direct shedding into milk by MAP-infected cows, fecal contamination, or introduction of soil and water containing MAP. Humans can be exposed to MAP and many other zoonotic pathogens via raw milk consumption. Additionally, MAP has been shown to survive pasteurization and has been found live at low levels in retail HTST pasteurized milk.

S. Rani, and colleagues reported a computer simulation model to evaluate factors affecting how many MAP bacteria get into milk. Their findings were published in the journal Food Control (vol. 104: 367-376, October 2019). Specifically, they assessed the influence of common hygiene practices, such as washing of udders before milking and the use of milk filters, on the concentration of MAP in bulk tank milk. Their baseline model comprising all hygiene practices on a farm provided an average estimate of 0.76 log CFU/L (at least 5 MAP cells per liter) for the final concentration of MAP in bulk tank milk, with a maximum of 6.70 log CFU/L (over 5 million MAP cells per liter) and a minimum of 0.04 log CFU/L (~1 MAP cell per liter) depending on herd size and the ratio of infection statuses among cows in the herd.

In this model, the average level of fecal contamination of milk in a herd showed the greatest impact on the final MAP concentration per liter in bulk tank milk. In simple terms, hygienic practices at the time of milking the cow is the most important tool to limit MAP contamination of raw milk.

Comment: This conclusion that fecal contamination is the most important means by which MAP gets into raw milk are similar to those of an earlier model published by Nauta & Van der Giessen in the Veterinary record in 1998 (Vet. Rec. 143:293-296). Nauta & Van der Giessen found that the number of cows with clinical Johne’s disease in a herd also was important in estimating the number of MAP in milk. In a related study, Vissers et al. (J. Dairy Sci. 90:3579-3582) evaluated how much dirt (feces, soil and bedding) is found in milk by testing 11 Dutch dairy herds. They reported that the amounts varied widely among farms ranging from 0.7 mg “dirt”/liter of milk to 136 mg “dirt”/ liter of milk with an overall average of 0.59 mg/L.

If MAP-infected dairy herds can eliminate the cows that are heavy shedders of MAP and also maximize the hygiene at the time of milk collection, the raw milk will contain the minimum number of MAP giving pasteurization the best possible chance of killing off those few remaining MAP bacteria. Consumers of raw milk should assume they are consuming MAP unless the herds used as a milk source are 100% test negative for Johne’s disease over multiple years using the most sensitive diagnostic tests, i.e. direct PCR on fecal samples.

To learn more about MAP’s ability to resist killing by pasteurization, check out this page on our site under the heading “Biology of MAP”/Resistance.