Control of Johne’s disease has direct benefits on calf health. This was well documented by K. Donat, E. Einax and A. Klassen in the state of Thuringian in Germany. Their recent publication appears in the journal Animals [Open Access].

The basis of this is that Johne’s disease is only one of several infectious diseases which are associated with lack of hygiene in calf rearing systems. Poor hygiene favors fecal-oral pathogen transmission. Measures that improve hygiene to prevent infections with MAP therefore also have positive effects on the occurrence of other fecal-orally transmitted infections such as Rota- and Coronavirus, Cryptosporidium parvum or Escherichia coli. Often these infectious agents cause severe clinical signs and mortalities in calves. Improvements in calf health are one additional reason for farmers to participate in Johne’s disease control programs. 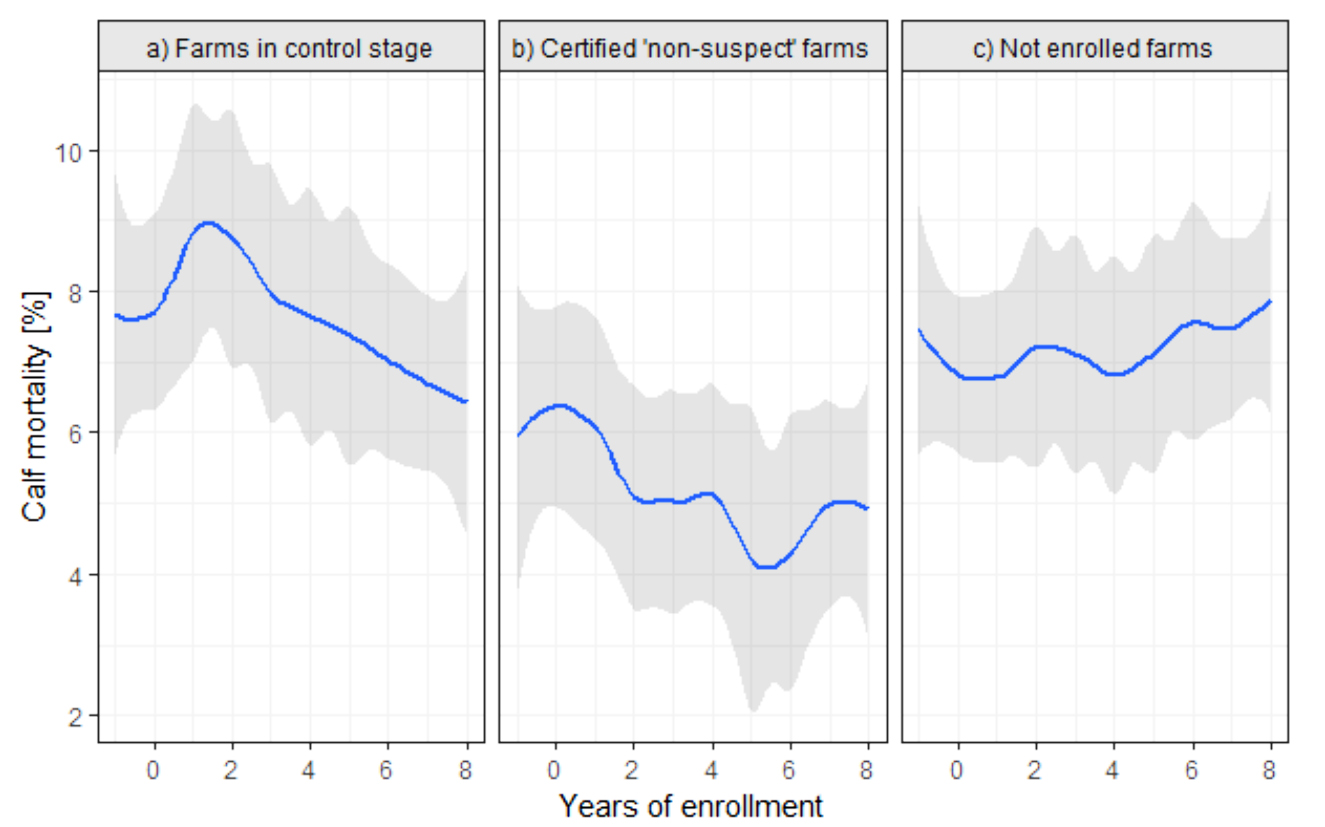 The Thuringian Johne’s Disease (JD) Control Program provides a voluntary approach to JD control in Thuringia, a federal state of Germany. The program has three objectives: reduce the level of infection when present; reduce the spread of JD to uninfected herds; and facilitate the certification and protection of herds that are non-suspect with respect to JD. The program offers pathways for the management of affected herds and for certification of herds with continuing negative tests. After the control stage (CS), a certification stage of at least 3 consecutive years with continuing negative results in the annual whole-herd test has to be passed until a herd can be certified as ‘non-suspect’ with respect to JD. This study focused on calf mortality in relation to JD herd status. In a longitudinal study, the association of annual calf mortality rate of a total of 93 dairy herds (13 ‘non-suspect’; 26 in control stage; 54 not enrolled) over 10 consecutive years with JD herd status was investigated using a generalized mixed linear model with repeated measures. Non-suspect herds had a lower calf mortality rate compared with other farms. We conclude that establishing JD control measures lowers the calf mortality rate. 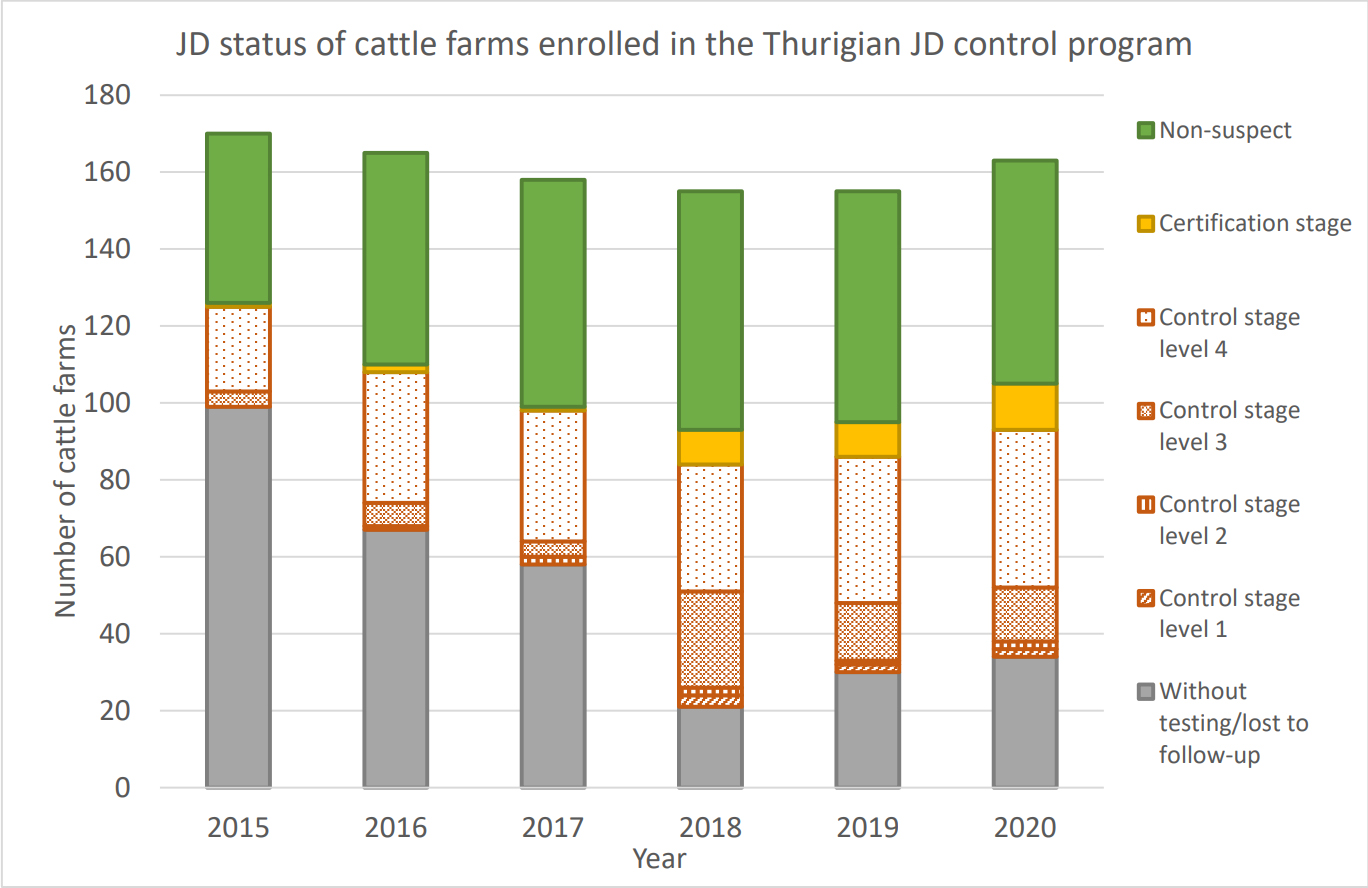 Similar benefits to calf health by adoption of Johne’s disease control measures were shown in a Canadian study published in the Journal of Dairy Science in 2020. Calf health improvement is the first evidence that a JD control program is working. The benefits of higher milk production and lower culling rates come after three years or more.