Claudio Pigoli and colleagues report on multiple cases of Johne’s disease in captive scimitar-horned oryx at a zoo in Italy. Their research article was published in the journal Animals and is Open Access. Genomic analysis shows that the MAP strains recovered from the Oryx are closely related to those isolated from cattle in Italy: evidence of ongoing spillover from domestic livestock to wildlife and animals in zoos. 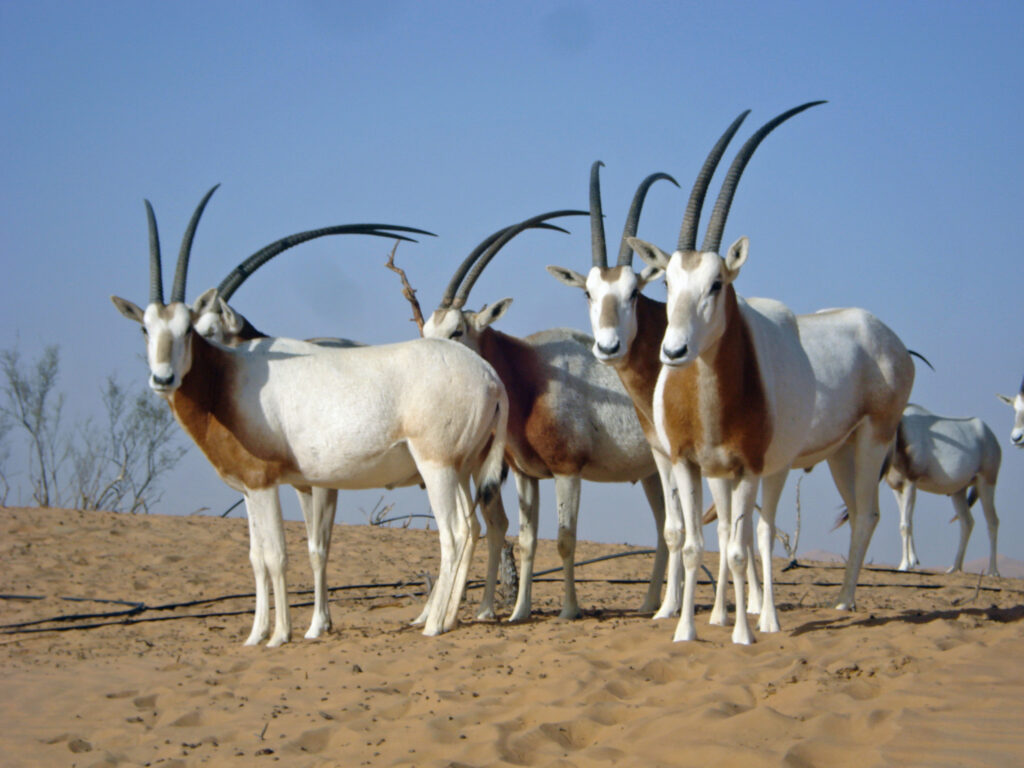 Paratuberculosis, a chronic disease caused by Mycobacterium avium subsp. paratuberculosis (MAP), in ten scimitar-horned oryxes (SHOs) hosted in an Italian zoological park and originating from a Slovakian flock, was documented by pathology, molecular, cultural, and serological testing. The infection origin in this threatened species was also investigated by genomic analyses. Following the death of six of the 10 SHOs, serial investigations of dead and alive animals were performed. Necropsy, carried out on five out of six animals, identified intestinal thickening and mesenteric lymphadenomegaly in one of the animals. Histopathology (5/6) revealed lepromatous (2/5) and tuberculoid (2/5) intestinal forms or lack of lesions (1/5). Ziehl-Neelsen and immunohistochemistry stains identified two multibacillary, two paucibacillary forms, and one negative case. MAP was identified by quantitative PCR (qPCR) in tissue samples in five out of five SHOs and was microbiologically isolated from two of the three animals whose fresh tissue samples were available. Fecal samples were collected in four of the six dead animals: all four resulted positive to qPCR and in MAP was isolated in three. ELISA identified MAP-specific antibodies in three of the five dead animals whose serum was available. qPCR identified MAP in the freshly deposited feces of two out of the four alive animals. From the feces of these two animals, MAP was microbiologically isolated in one case. All isolates were classified as MAP type C and profiled as INMV2 and MVS27 by molecular analysis. Genomic analysis of a field isolate revealed clustering with a European clade but was more similar to Italian than East European isolates. Our findings underline that paratuberculosis should always be considered in zoological parks in which endangered species are hosted. Infection can be subclinical, and multiple combined testing techniques may be necessary.

Our results underline the importance of considering paratuberculosis in zoological parks, where endangered species are often hosted. Paratuberculosis could represent a risk for the conservation of rare animals, and it is essential to include it in the panel of diagnostic tests to be performed on hosted animals. We also suggest testing dead animals, in which different diagnostic approaches are combined, with the final aim of fully elucidating the causes of death and defining their health status regarding paratuberculosis. WGA can help to trace the origin of infections, particularly in the case of moved animals. This study reports the first genome of an MAP strain isolated from SHOs and shows that the strain likely derived from the Italian cattle livestock, in which MAP is endemic.

For more on Johne’s disease in zoo animals check out this page of our website.