Australian researchers have published the results of a large scale 10-year effort to control Johne’s disease in sheep, also known as ovine JD (OJD). The study was published in PLOS ONE (38 pages with 106 references). It is one of the most comprehensive and extensive field studies on JD vaccination and the publication is comprehensive in its discussion of OJD and the role of vaccination; highly recommended reading. 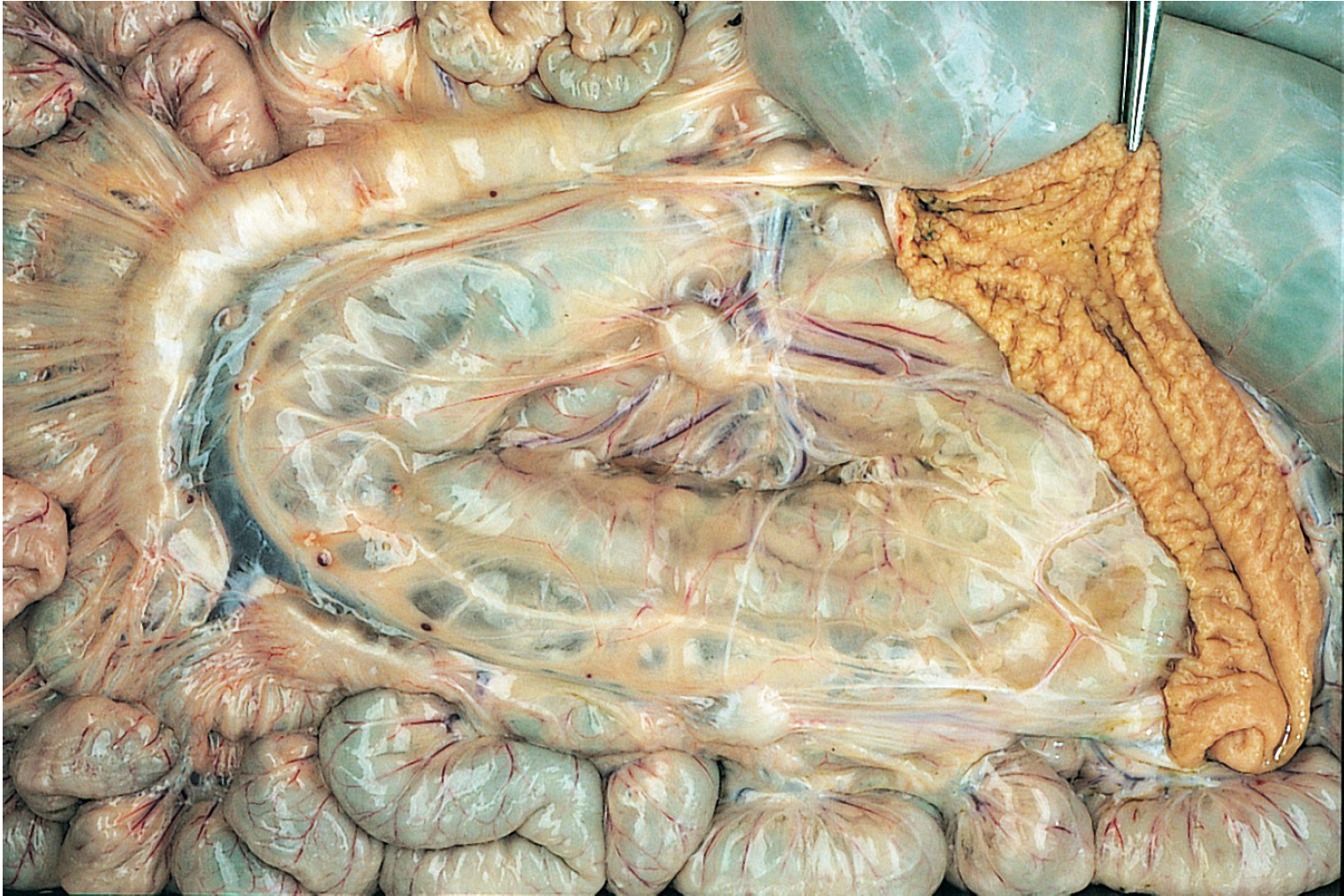 Mycobacterium avium subsp. paratuberculosis (MAP) causes Johne’s disease (or paratuberculosis), a chronic wasting disease of ruminants and other animals resulting from granulomatous enteritis. There are increasing concerns that MAP is zoonotic. The prevalence of Johne’s disease is increasing worldwide. In an attempt to control an epidemic of ovine Johne’s disease (OJD) in New South Wales (NSW), a government/industry sponsored voluntary vaccination/on-farm management program commenced in 2000. We report herein an observational study of changes in disease prevalence as vaccination progressed, based on abattoir surveillance data for OJD from 1999 to 2009. We also discuss the epidemiological, policy, regulatory, research, economic and sociological elements that contributed to the development of a mature control program, whose aim was to halt the epidemic spread of OJD in a naïve sheep population.

NSW was divided into areas of “High” (HPA), “Medium” (MPA) and “Low” (LPA) OJD prevalence. A killed whole cell vaccine (Gudair®) was administered to sheep from 2000 to 2009. Trained examiners evaluated the viscera of adult sheep carcasses at slaughter for gross evidence of OJD. MAP infection was confirmed by histopathology.

From 2000–2009, 12 million vaccine doses were administered in NSW (91%; 10.9 million in the HPA). Many of the vaccinated flocks were suffering > 5% annual mortality in adult sheep, with some individual flocks with 10–15% losses attributable to OJD. A total of 7.6 million carcasses were examined (38%; 2.9 million from the HPA). Overall, 16% of slaughter consignments (sheep consigned to the abattoir from a single vendor) were positive for OJD, of which 94% were from the HPA. In the HPA, the percentage of animals with lesions attributable to OJD at slaughter fell progressively from 2.4% (10,406/432,860) at commencement of vaccination in 2000 to 0.8% (1,573/189,564) by 2009. Herd immunity from vaccination in the HPA was estimated at 70% by 2009, the target commonly espoused for an effective control program based on vaccination. This coincided with a progressive decrease in reports of clinical disease and mortalities in vaccinated flocks. 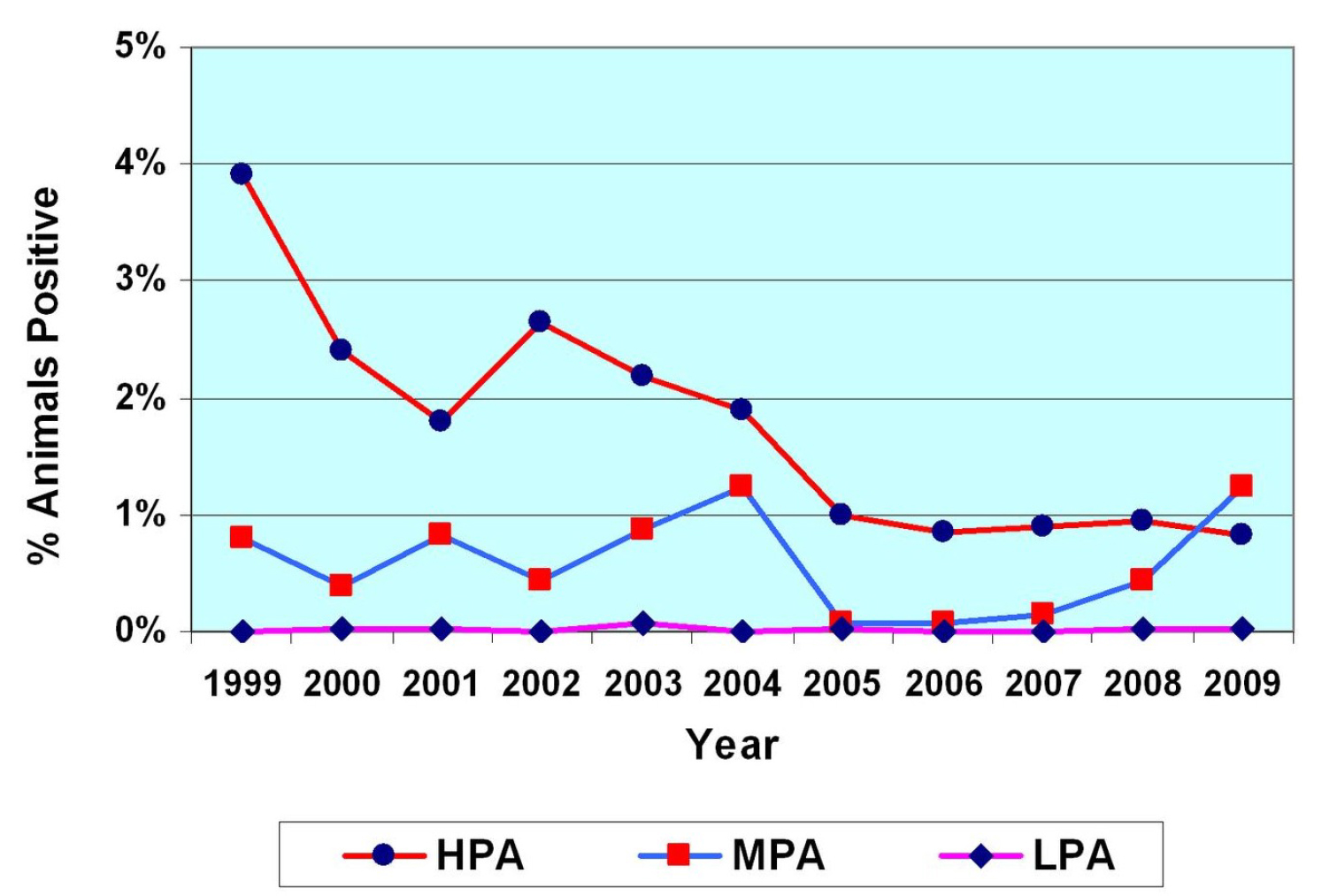 We show a decrease in the prevalence of lesions attributable to OJD in NSW concomitant with initiation of voluntary vaccination, on-farm management plans, abattoir monitoring and feedback of animal prevalence data to sheep producers. We conclude that a target of ≤ 1% regional prevalence of OJD affected sheep at slaughter is achievable using these interventions.

As the authors noted, the decline in OJD animal-level prevalence was achieved “by the combination of voluntary vaccination, abattoir monitoring, feedback of surveillance data to sheep producers and the implementation of appropriate disease management strategies on farm”. The study was not designed to define the extent to which each of these practices contributed to OJD control, although there is a tendency to give the vaccine most of the credit.

Only 7 countries (31.8% of 22 countries with JD control programs) use vaccination as part of their JD control program (Whittington, 2019). This is due in part to conflicting data on the efficacy of vaccination, interference with TB testing and eradication programs, and the hazards of using the current vaccines. Presently, the widest use of JD vaccines is in countries with a significant small ruminant animal agriculture and then primarily in commercial production systems, as opposed to breeder flocks. This is largely due to economics, i.e., other JD control methods are deemed not affordable.

This important publication shows the economic value of vaccination as part of a comprehensive JD control effort at a regional or national level. Having lost the opportunity in most countries to eradicate JD before it became endemic, vaccination may become necessary for protection of both animal and human health. However, there is significant room for improvement in the safety and efficacy of current JD vaccines.