João Paulo de Lacerda Roberto and 8 colleagues from the Federal University of Campina Grande, Post-Graduate Program in Animal Science and Health, Patos, PB, Brazil conducted a systematic review and meta-analysis on scientific articles concerning MAP in goats.  They specifically examined reports on detection of antibody to MAP in goat milk and detection of MAP in goat milk by PCR methods. They found wide ranging herd-level prevalence estimates among countries as shown in their table below. 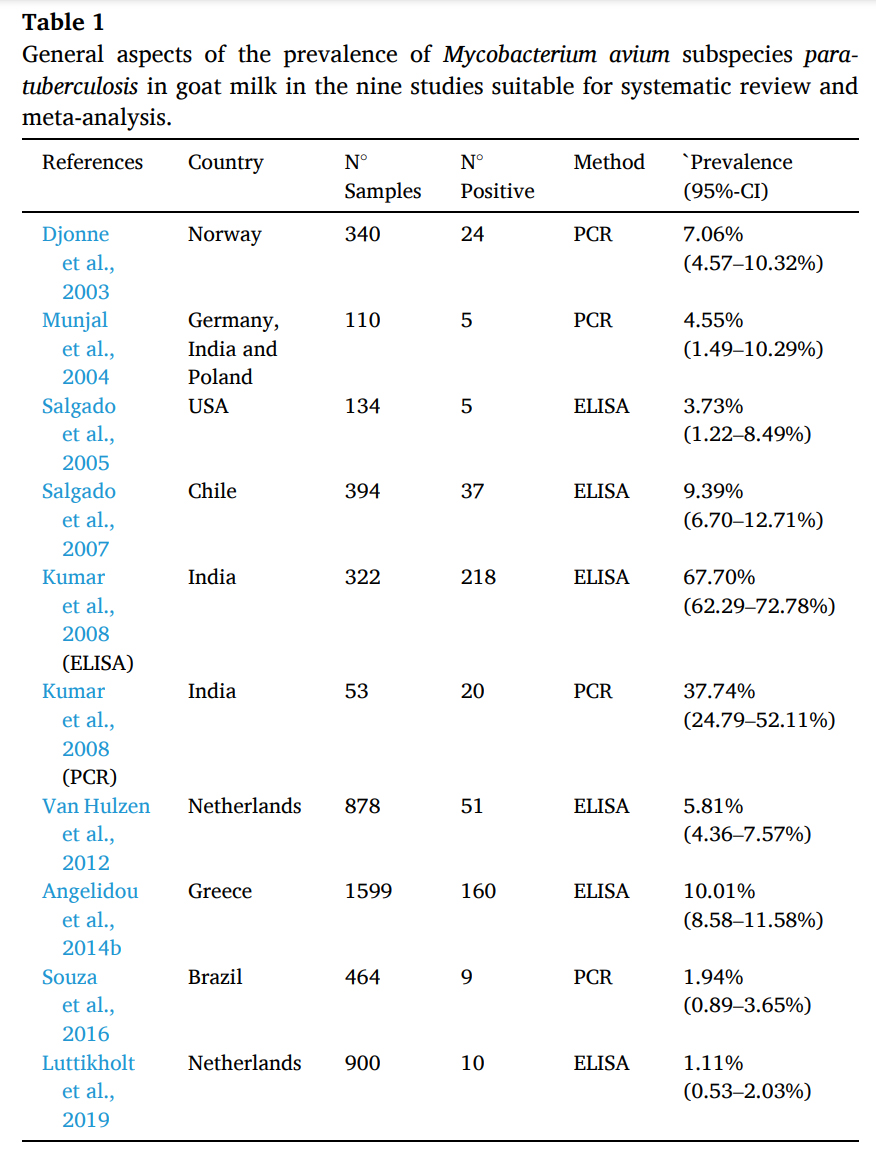 Paratuberculosis is an incurable infectious disease that affects several species, including goat (Capra hircus). The etiologic agent is Mycobacterium avium subspecies paratuberculosis (MAP) that has tropism for the intestine, causing anorexia, progressive weight loss and death. In goats, the main transmission route is the ingestion of water and food contaminated by infected feces. Affected animals also eliminate the agent through milk, with a potential biological risk to public health. Thus, the aim of this study was to conduct a research of the literature available in electronic media for a systematic review, followed by a meta-analysis of the results found on prevalence and diagnostic tests adopted in the detection of MAP antibodies and DNA in goat milk. The following search parameters were used: “Mycobacterium avium subsp. paratuberculosis” AND (goat OR small ruminant) AND (milk OR pasteurized milk). Strictly obeying pre-established criteria, 437 articles were selected from the respective electronic databases of scientific content: ScienceDirect (285), PubMed (68), Web of Science (60) and Scopus (24), of which nine papers were elected to the construction of the systematic review and meta-analysis. The prevalence of MAP antibodies in milk detected by milk-ELISA ranged from 1.1 to 67.7% and the prevalence of MAP DNA in goat milk detected by MAP-specific polymerase chain reaction (PCR) ranged from 1.94 to 37.74%. A meta-analysis indicated a combined MAP infection prevalence of 8.24%, but with high heterogeneity among study findings (I2 = 98.7%). The identification of the MAP in goat milk implies the need for surveillance of the agent in order to prevent economic losses and impact on public health.

The problem of Johne’s disease in goats has been overlooked for far too long. In Wisconsin, as in many places in the world, the goat industry is growing, particularly for dairy goats.  Data from the United States Department of Agriculture, which counts livestock across the United States every 5 years, show just how much Wisconsin dominates the nation’s dairy goat industry. In 2017, the most recent year the USDA surveyed producers, the size of Wisconsin’s dairy goat herd easily topped the nation at more than 83,000-head. California came in a distant second, with some 43,000 dairy goats, while Iowa, Texas and Missouri rounded out the top five. 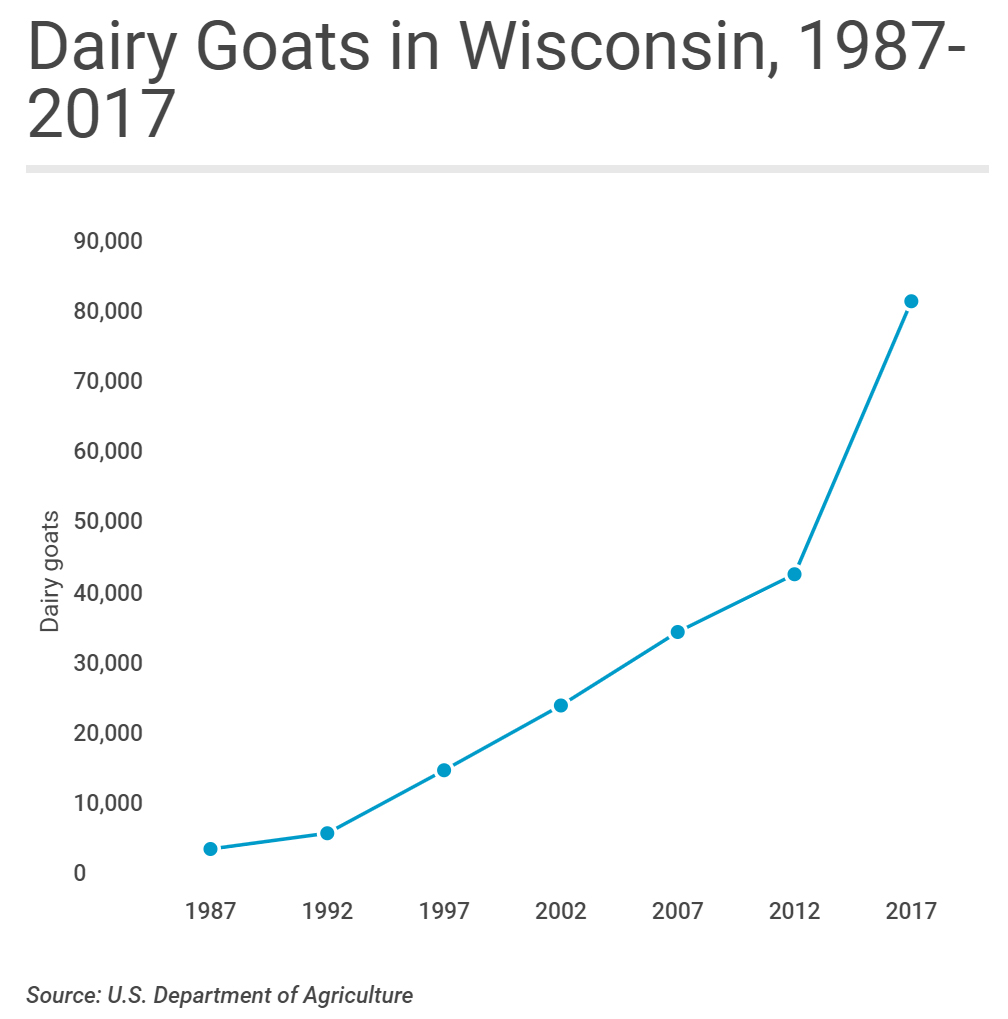 It’s not only the sheer size of Wisconsin’s dairy goat herd that stands out: The state also leads the nation in the value of sales from dairy goat operations and is the epicenter of national growth in goat dairy. The problem is that rapid goat herd expansion brings with it a high risk of introducing Johne’s disease and once this chronic infection takes root in a herd it becomes a financial drain on the business and a major risk to product sales should MAP become widely recognized as a food-borne zoonotic pathogen.