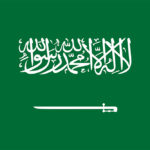 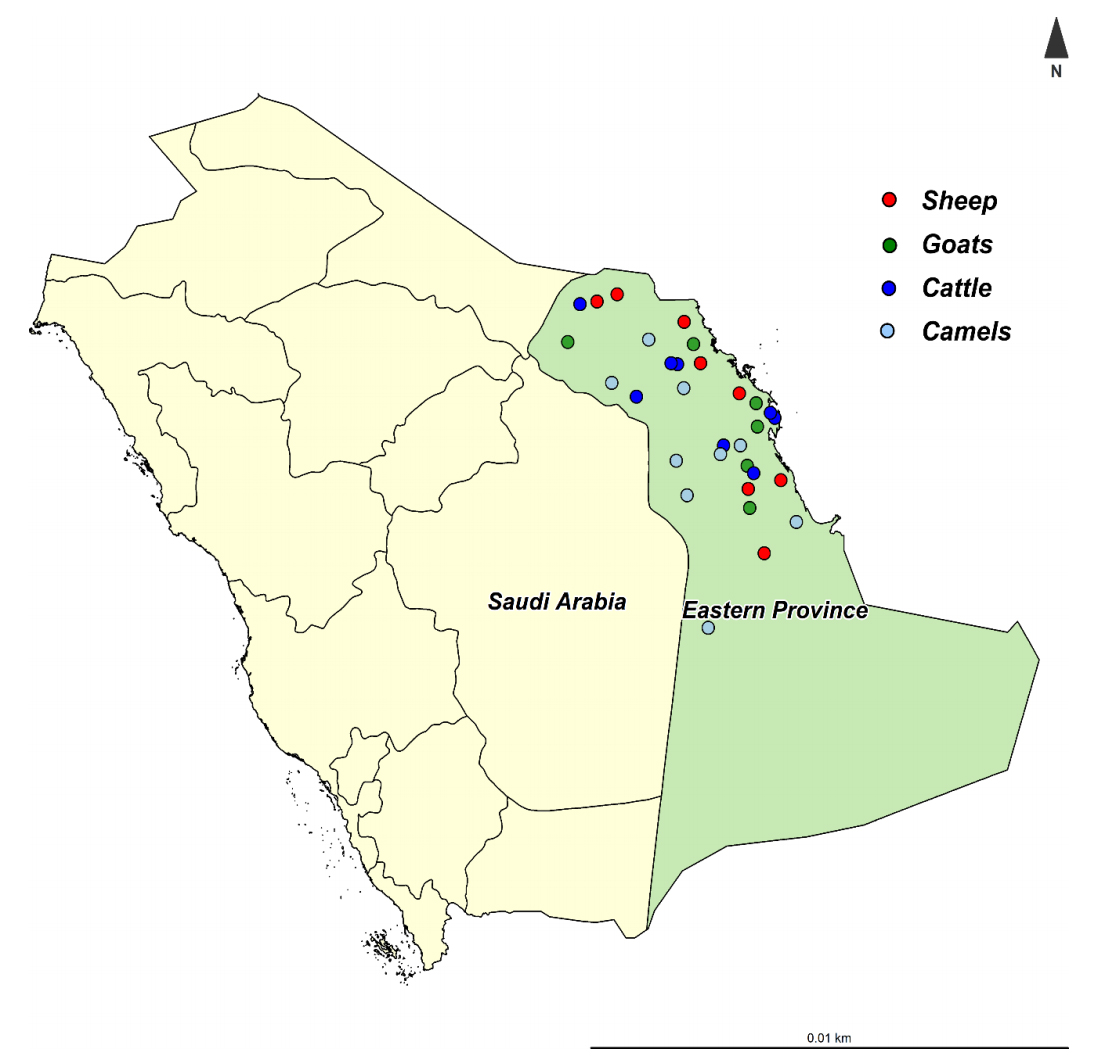 A total of 649 sheep, goats, cattle, and camels were tested by ELISA on serum samples and IS900 PCR on fecal samples. The study was reported this month in the journal Animals. The pie charts below were created to summarize the study findings. They reveal high infection rates among all four animals species and the higher diagnostic sensitivity of fecal PCR as compared to serum ELISAs. Interestingly, the S (sheep)-strain of MAP was more prevalent than the C (cattle)-strain. 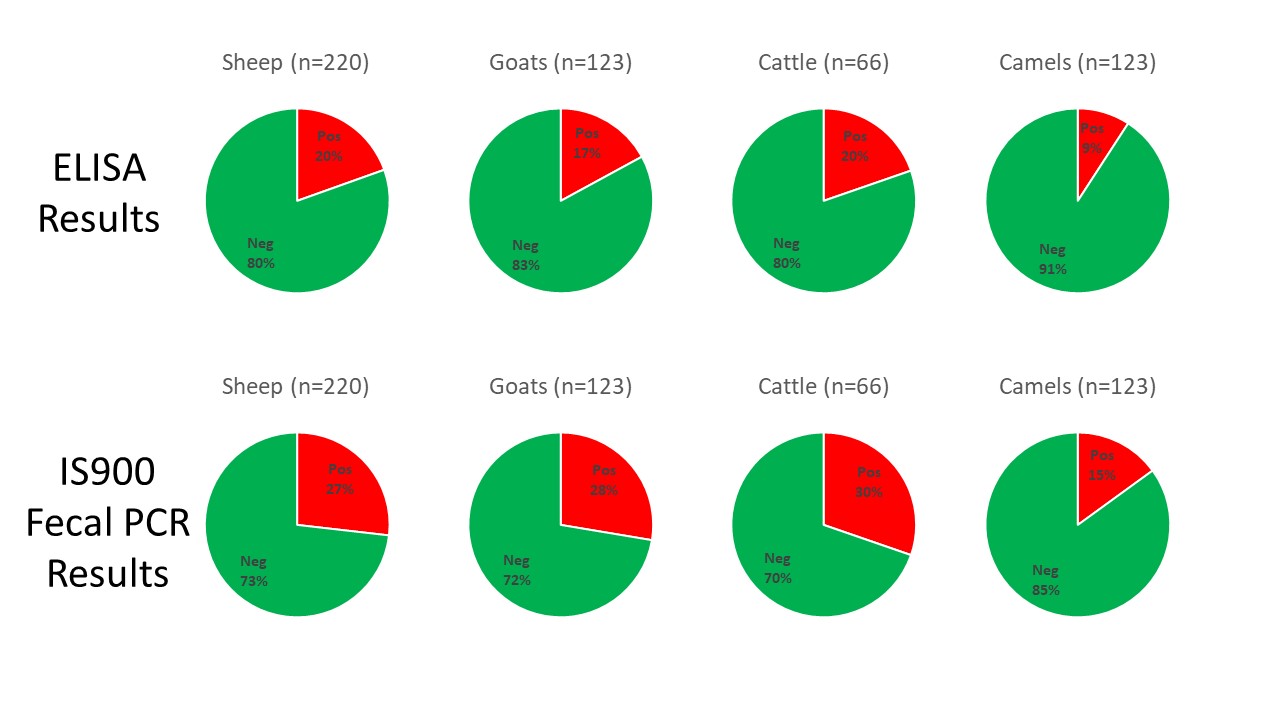 This graphic from the publication shows an example of Johne’s disease in goats. 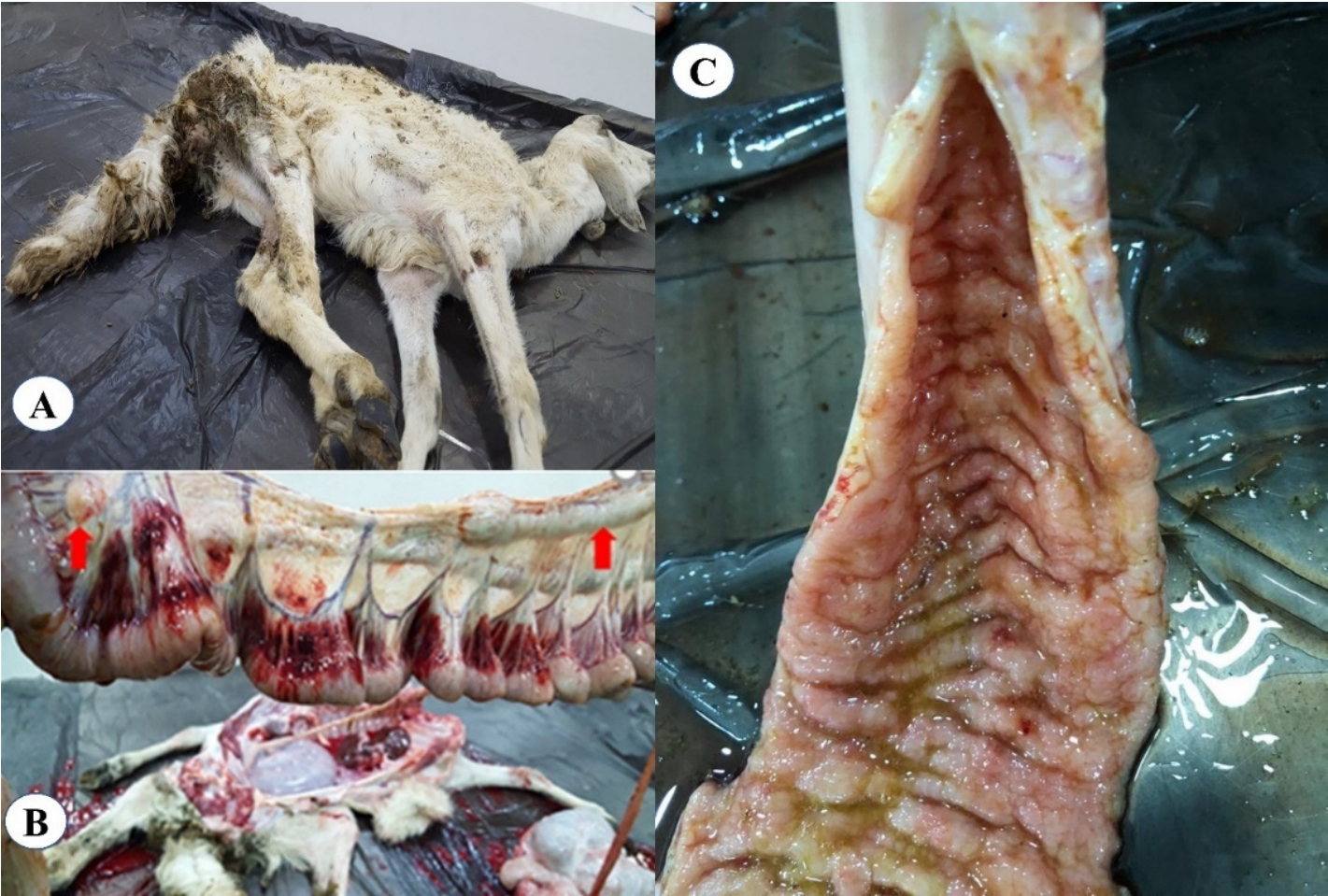 Few reports on paratuberculosis in Saudi Arabia are available making this an important addition to the body of evidence that Johne’s disease is a global problem.