J.B. Okuni and 8 colleagues have published a review article describing the Johne’s disease situation in African countries and potential zoonotic concerns. Their article, titled Paratuberculosis: A Potential Zoonosis and a Neglected Disease in Africa appears in the July 5, 2020 issue of Microorganisms.

Abstract
The Mycobacterium avium subspecies paratuberculosis (MAP) is the causative agent of paratuberculosis, which is an economically important disease of ruminants. The zoonotic role of MAP in Crohn’s disease and, to a lesser extent, in ulcerative colitis, the two major forms of idiopathic inflammatory bowel disease (IIBD), has been debated for decades and evidence continues to mount in support of that hypothesis. The aim of this paper is to present a review of the current information on paratuberculosis in animals and the two major forms of IIBD in Africa. The occurrence, epidemiology, economic significance and “control of MAP and its involvement IIBD in Africa” are discussed. Although the occurrence of MAP is worldwide and has been documented in several African countries, the epidemiology and socioeconomic impacts remain undetermined and limited research information is available from the continent. At present, there are still significant knowledge gaps in all these areas as far as Africa is concerned. Due to the limited research on paratuberculosis in Africa, in spite of growing global concerns, it may rightfully be considered a neglected tropical disease with a potentially zoonotic role. 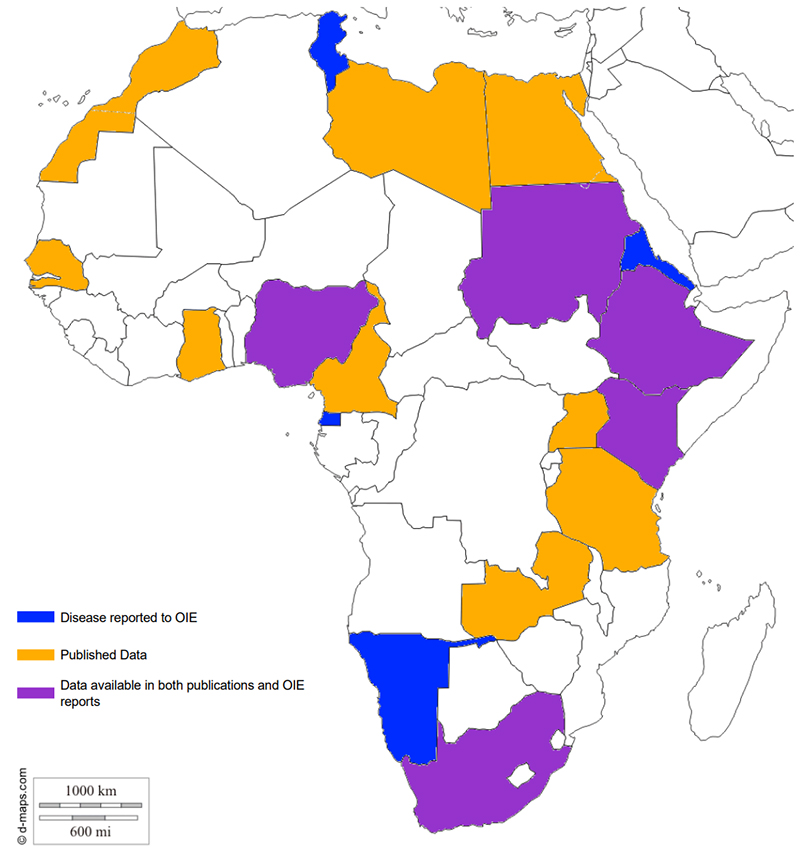 Conclusions
MAP poses a great challenge to the global livestock industry and is currently insidiously
spreading in Africa. Moreover, it could have possible impacts on human health across the continent. Given the fact that any known policies on this pathogen and most of the vital information required for instituting control and policy formulation are deficient, Africa remains a shadowy continent as far as this pathogen is concerned; therefore,  paratuberculosis is, without any doubt, a neglected disease with possible zoonotic involvement in the African context. Given that the few studies undertaken on this disease have shown unfailing occurrence in several African countries, the disease is marching ahead of all stakeholders in the animal industry and needs to be closely studied. More attention in terms of funding and research needs to be given to Johne’s Disease in African countries.