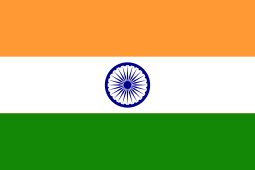 Johne’s disease, caused by Mycobacterium avium subspecies paratuberculosis is endemic in the domestic livestock population, still it is not priority for control in the country. First time we used ‘multiple assays’ for screening raw milk of 465 goats (farm/farmer’s herds) to estimate bio-load and bio-type profile of bacilli. Each sample was screened by six tests and compared their sensitivity and specificity. Of 465 raw milk samples screened, bio-load of bacilli was 65.3% by six assays. Assay-wise bio-load was 49.4 and 62.7% in antigen and antibody detection tests, respectively. Bio-load was 48.8, 46.6, and 13.9% in Indirect Fluorescent Antibody Test (i_FAT), microscopy and IS900 PCR and 39.1, 57.4 and 55.6% in Indirect Enzyme Linked Immuno Sorbant Assay (i_ELISA), Dot Enzyme Linked Immuno Sorbant Assay (d_ELISA) and Latex Agglutination Test (LAT), respectively. Dot-ELISA was most sensitive followed by LAT, i_FAT, microscopy and i_ELISA. Milk DNA samples positive in IS900 PCR on bio-typing using IS1311 PCR_ Restriction Enzyme Analysis (IS1311 PCR_REA) revealed, 72.3% (47/65) were ‘Indian Bison Type’. Milk was easy to collect sample and first time we used ‘whole milk’ as ‘test sample’ without centrifugation. High bio-load of MAP in milk underlined need for urgent control of disease in lactating goatherds. Bacilli was important ‘Milk born’ infection and on the basis of sensitivity, specificity, resources and requirements, of the ‘six assays’ most appropriate assay/s (single or in combination) can be chosen for the screening and diagnosis of Johne’s disease in lactating goatherds using whole milk as sample.

Bio-load of MAP was high in goats on the basis of screening of raw milk using six assays. Study compared efficacy of six assays and identified better diagnostic test / test combination (‘testing strategy’) for detecting presence of MAP in goat milk / goats. Study established the role of milk as carrier of MAP to newborn animals and human population. Study showed that MAP was the major, ‘Milk born pathogen’. Thereby, helping in perpetuation of MAP infection generations to generations in animals and from animals to human population. The choice of test for screening of a population depends on the purpose and resources available. LAT, d_ELISA and microscopy had potential to be good screening assays for screening of ‘raw milk’. Whereas, i_FAT and i_ELISA could be used as confirmatory assays. Milk was convenient and good clinical sample for estimating bio-load of MAP in lactating animals.

Comment: The term bio-load, used throughout this publication, seems to equate to rate of positivity for each of the 6 diagnostic tests evaluated, rather than the quantity of MAP in the samples. Since there was no goat population proven to be free of MAP infections, it is difficult to assess the true specificity of each of the 6 assays. It is noteworthy, however, that 65 (13.9%) of samples were IS900 PCR-positive and that the majority (72.3%, 47/65) were bio-typed as ‘Indian Bison Type’, the remainder could not be bio-typed.