Sanaa M. Idris and colleagues published a review titled: Paratuberculosis: The Hidden Killer of Small Ruminants. The article appears in the journal Animals and is Open Access. This overview attempts to highlight the current research and gaps on this disease in small ruminants to draw more attention for further studies on diagnosis, prevention and control. 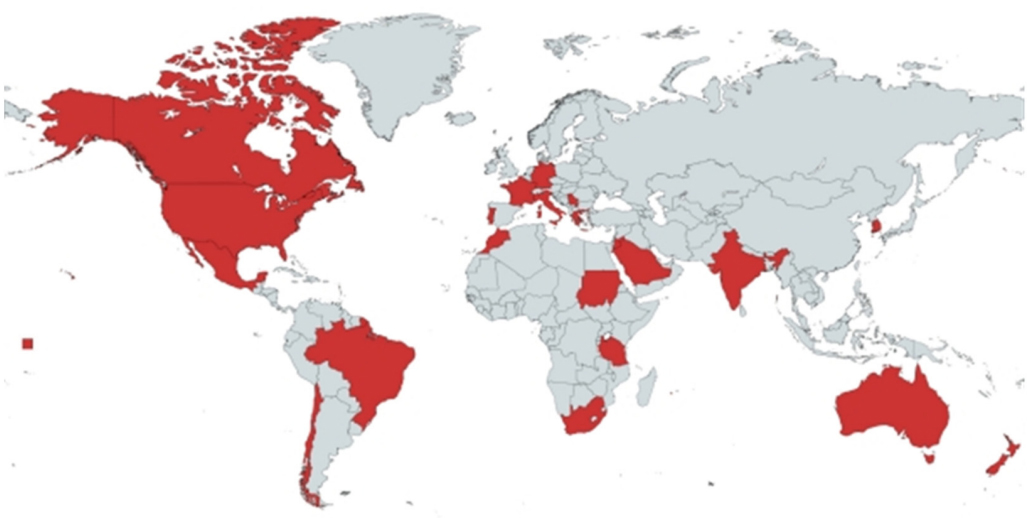 Paratuberculosis (PTB) is a contagious and chronic enteric disease of ruminants and many non-ruminants caused by Mycobacterium avium subsp. paratuberculosis (MAP), and is characterized by diarrhea and progressive emaciation with consequent serious economic losses due to death, early culling, and reduced productivity. In addition, indirect economic losses may arise from trade restrictions.  Besides being a production limiting disease, PTB is a potential zoonosis; MAP has been isolated from Crohn’s disease patients and was associated with other human diseases, such as rheumatoid arthritis, Hashimoto’s thyroiditis, Type 1 diabetes, and multiple sclerosis. Paratuberculosis in sheep and goats may be globally distributed though information on the prevalence and economic impact in many developing countries seem to be scanty. Goats are more susceptible to infection than sheep and both species are likely to develop the clinical disease. Ingestion of feed and water contaminated with feces of MAP-positive animals is the common route of infection, which then spreads horizontally and vertically. In African countries, PTB has been described as a “neglected disease”, and in small ruminants, which support the livelihood of people in rural areas and poor communities, the disease was rarely reported. Prevention and control of small ruminants’ PTB is difficult because diagnostic assays demonstrate poor sensitivity early in the disease process, in addition to the difficulties in identifying subclinically infected animals. Further studies are needed to provide more insight on molecular epidemiology, transmission, and impact on other animals or humans, socio-economic aspects, prevention and control of small ruminant PTB.

Paratuberculosis in goats and sheep does not receive sufficient attention or research funding outside of major sheep producing countries like Australia. The pet goat industry in the U.S. is particularly over-looked with regard to paratuberculosis and the infection is sadly very common.