It takes months for MAP to die off during the manufacture of Lighvan cheese, a semi-hard raw milk cheese traditionally made from sheep’s milk in Lighvan, a village in East Azerbaijan, Iran. 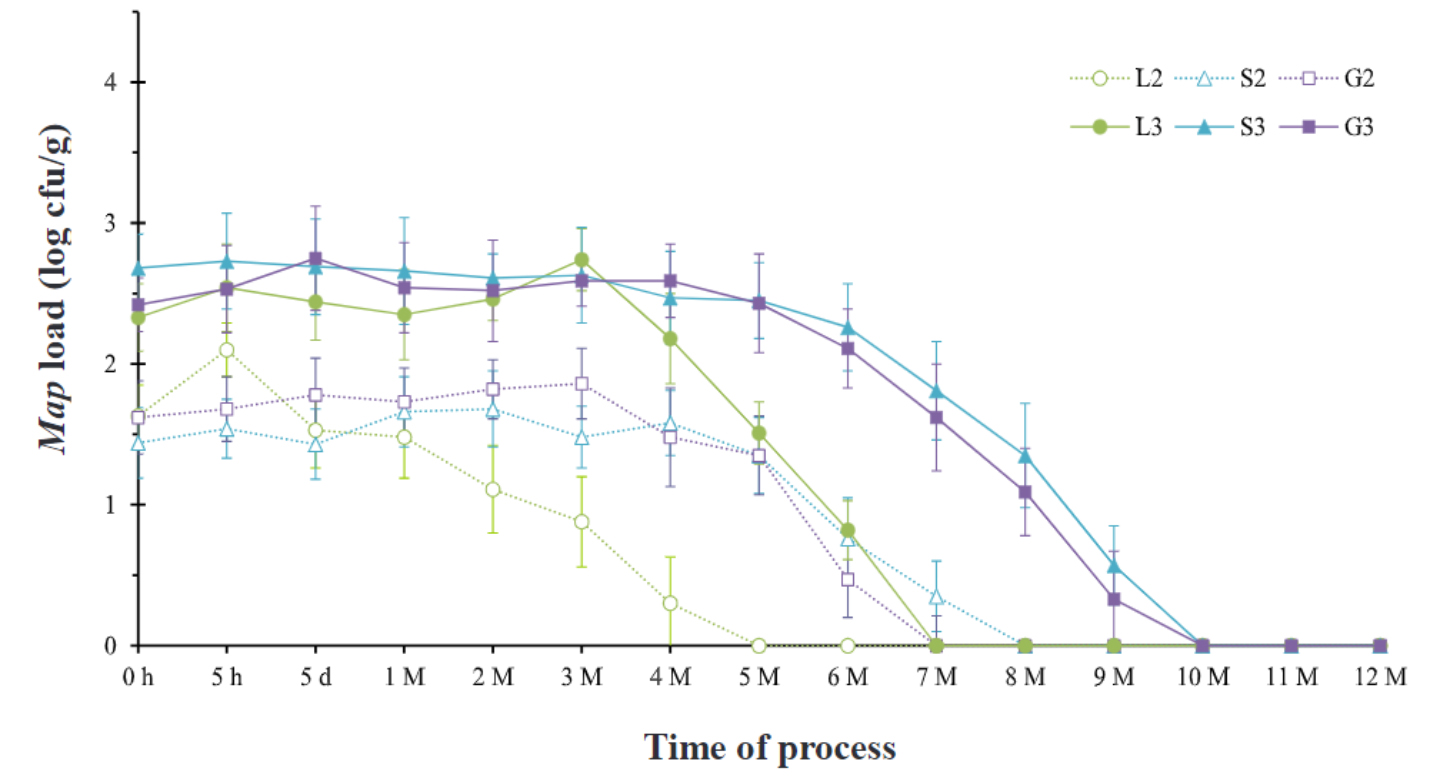 Mycobacterium avium subsp. paratuberculosis (Map) is an important animal pathogen with a worldwide distribution that may contribute to Crohn’s disease in humans. This study aimed to investigate the behavior of Map in Lighvan cheese with special reference to the strains of Map, inoculum load, and storage time. One laboratory and two native strains of Map were inoculated (102 and 103 Map cell/mL) to cheese milk. The behavior of Map throughout the manufacture, ripening, and storage stage of Lighvan cheese tracked using propidium monoazide (PMA) qPCR and culture examination. According to the results, PMA-qPCR showed parallel outcomes in comparison with the culture assay. Besides, in all cheese batches Map was not affected during the ripening; however, throughout the storage period Map population decreased depending on the strain of Map. Trend analysis revealed no significant difference between the persistence of sheep and goat strains, but in all cheese batches, these native strains persisted significantly (p < 0.05) longer than the laboratory strain. In all treatments, the decreasing rate of Map found independent of the initial inoculum load. Nonetheless, in the cheese batches with higher initial inoculum, Map persisted two months longer.

Comment: Meta-analysis has shown that MAP is strongly associated with an inflammatory bowel disease called Crohn’s disease. Studies in Iran support this. Human exposure to MAP likely comes mostly from foods of animal-origin and cheese is one such product. This publication extends observations by others on cheese that MAP can survive extended times. Compared with Western countries, the incidence of IBD is lower in Iran; however, during the past decade, unofficial reports have claimed the incidence appears to be increasing (Aghazedh, 2005). MAP infections in Iranian animals, which are on the rise, may be party responsible.