In Germany, a growing proportion of dairy farms run on-site biogas plants.  New legislation on renewable energies has accelerated this development over the past two decades. Slurry or manure from cattle was fermented in 168 of 230 biogas plants in the region of Thuringia in the central part of the country.

Abstract: Cattle infected with Mycobacterium avium ssp. paratuberculosis (MAP) shed the bacterium in their feces. This may lead to considerable concentrations of MAP in slurry, which has been postulated to contribute to MAP transmission when this slurry is used as fertilizer. For other bacterial species, anaerobic digestion has been shown to reduce bacterial load and to increase the safety of organic waste. Therefore, the objective of this study was to investigate the effects of anaerobic digestion in biogas plants on MAP survival in slurry from 16 dairy farms with a history of MAP infection.

Presence of MAP was determined using MAP culture and a commercial MAP IS900 quantitative PCR (qPCR) applied on untreated slurry samples, slurry samples after primary fermentation, and digestate. Unfermented slurry samples from most enrolled farms tested positive for MAP, via both culture and qPCR. After the fermentation process, MAP could no longer be cultured in most samples, with the exception of 2 samples from farms where high numbers of MAP-shedding cows were kept at the time of sampling. A Bayesian binomial model predicted a probability of 93% for a MAP-negative culture result after fermentation. In most samples, MAP DNA was still detectable when using the IS900 qPCR. The probability of a negative result in qPCR was estimated to be 27%. Results of this study indicate that subjecting MAP-positive slurry to anaerobic digestion in biogas plants leads to a reduction of viable MAP below the detection limit; however, MAP DNA remained detectable. It remains undetermined whether MAP DNA detected in fermentation products is a residue of MAP degradation or belongs to viable MAP below the detection limit or in a dormant state.

In conclusion, subjecting MAP-positive slurry to anaerobic mesophilic digestion reduces viable MAP concentration below the detection limit. The use of digestion products as fertilizer on pasture and agricultural soils instead of untreated slurry may therefore reduce the risk of MAP transmission. 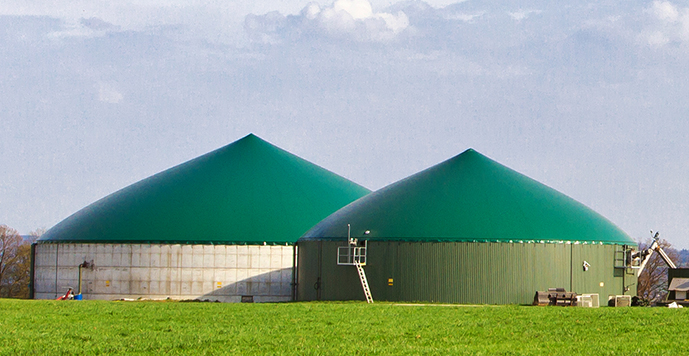 Comment: The strength of this study is that is used real world conditions: Manure came from farms with MAP-infected animals, commercial on-farm biogas plants, and results represent the results compiled from 16 different plants making it the largest study of this type. A study limitation, as acknowledged by the study authors, is that traditional solid-medium culture methods were used to test for viable MAP. Such methods typically have a lower limit of detection of roughly 100 MAP/gram of test material, i.e. if fewer live MAP were in the sample tested they would not be detected, and the culture methods did not incorporate a resuscitation step to revive any dormant or spore-like forms of MAP.

This is an excellent article but is not an Open Access article. For more on what Open Access means and the growing trend to publish scientific articles as Open Access, follow this link to Wikipedia.