Dr. C.T. Dow and Ms Briana L. Alverez from the University of Wisconsin-Madison have published a review article in EcoHealth titled: Mycobacterium paratuberculosis zoonosis is a One Health emergency. The article is Open Access (free to everyone), well-written, succinct (7 pages plus references) and well-researched with 113 literature citations. 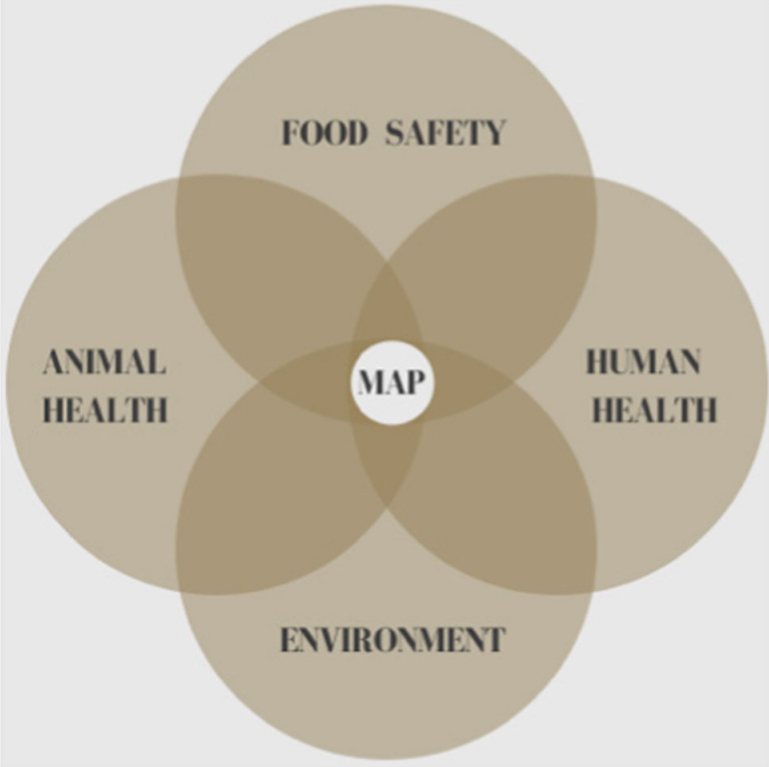 A singular pathogen has been killing animals, contaminating food and causing an array of human diseases. Mycobacterium avium subspecies paratuberculosis (MAP) is the cause of a fatal enteric infectious disease called Johne’s (Yo’-nees), a disorder mostly studied in ruminant animals. MAP is globally impacting animal health and imparting significant economic burden to animal agriculture. Confounding the management of Johne’s disease is that animals are typically infected as calves and while commonly not manifesting clinical disease for years, they shed MAP in their milk and feces in the interval. This has resulted in a ‘‘don’t test, don’t tell’’ scenario for the industry resulting in greater prevalence of Johne’s disease; furthermore, because MAP survives pasteurization, the contaminated food supply provides a source of exposure to humans. Indeed, greater than 90% of dairy herds in the US have MAP-infected animals within the herd. The same bacterium, MAP, is the putative cause of Crohn’s disease in humans. Countries historically isolated from importing/exporting ruminant animals and free of Johne’s disease subsequently acquired the disease as a consequence of opening trade with what proved to be infected animals. Crohn’s disease in those populations became a lagging indicator of MAP infection. Moreover, MAP is associated with an increasingly long list of human diseases.

Despite MAP scientists entreating regulatory agencies to designate MAP a ‘‘zoonotic agent,’’ it has not been forthcoming. One Health is a global endeavor applying an integrative health initiative that includes the environment, animals and humans; One Health asserts that stressors affecting one affects all three. Recognizing the impact MAP has on animal and human health as well as on the environment, it is time for One Health, as well as other global regulatory agencies, to recognize that MAP is causing an insidious slow-motion tsunami of zoonosis and implement public health mitigation.

The discussion section of this publication summarizes the situation best and so it is quoted here:

The incidence of T1D in children is increasing worldwide (Hummel et al. 2012) as is the incidence of Crohn’s disease (Torres et al. 2017). Both the principle of parsimony and Koch’s postulates support inculpation of MAP as a cause of Crohn’s disease. Regardless of the relative strength one might assign to the MAP/Crohn’s association, this article enumerates other MAP-associated diseases and the increasing medical literature supporting it (Ekundayo and Okoh 2020). The combined weight of these disease associations should incite a call to action by regulatory agencies to invoke the precautionary principle with regard to consumption of MAP-contaminated food in at-risk individuals. In spite of public health implications, contamination of milk and dairy products with MAP is not currently restricted. We view the management of public health risk due to MAP as an increasingly important policy issue. With mounting global recognition of the impact MAP has upon the health of the environment, animals and humans, One Health is well positioned at that nexus (Fig. 1). One Health is in a unique position to elevate the discussion to mitigate this emerged yet neglected zoonotic pathogen: Mycobacterium avium subspecies paratuberculosis.