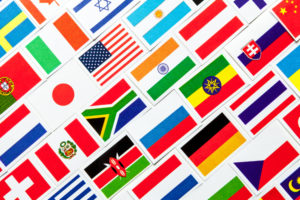 Dr. Richard Whittington, Emeritus Professor, School of Veterinary Science, Faculty of Science, University of Sydney led an international team to formally summarize paratuberculosis control programs across the world. This Open Access review involved 76 coauthors from 48 countries. The final report in BMC Veterinary Research contains 29 pages with 14 tables and 3 figures and 168 references. Supplementary information, including the questionnaire used in the survey, is provided in 5 additional files.

Conclusions stated at the end of the review:

Based on this review of 48 countries, paratuberculosis was a common disease that will continue to spread if it is not controlled. However, there were many challenges for disease control flowing from the need to deal with very large animal populations spread across large numbers of herds, over a long time-frame. Many countries have an unknown prevalence and distribution of paratuberculosis, which can only be resolved by surveillance. Although we did not estimate the economic losses, based on data in the literature (see Background) they would already be considerable. Formal control programs were underway in 22 mostly developed countries, and were justified most commonly on animal health grounds, protecting market access and public health. However, articulation of a public health objective was very variable between countries. The most common objective was prevalence reduction, but several countries had a national or regional eradication program following successful control, and Sweden and Norway were considered to be in a surveillance phase. While control was voluntary in 60% of countries, programs were often supported by incentives and/or penalties for non-participation. Government funding was commonly involved and may be essential for sustainability; certainly, the availability of funding for long-term control activities was problematical. However, when assessed against their objectives, control programs were reported to be successful in 73% of 22 countries.

Comment: This review represents and enormous amount of work and while there are many coauthors on this publication who contributed to this project, most of the work was done by the lead author, Dr. Whittington, who deserves a big vote of thanks for advancing international efforts to control paratuberculosis.