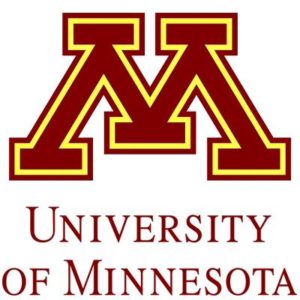 In a collaboration between the University of Minnesota and scientists in Spain and The Netherlands, Catalina Picasso-Risso and colleagues report on the association between results of diagnostic tests for bovine tuberculosis and Johne’s disease in cattle. Their reports is published in Veterinary Record and first appeared online 25-SEP-2019.

Background: Bovine tuberculosis (bTB) diagnosis is impaired by numerous factors including cross-reactivity with Mycobacterium avium subspecies paratuberculosis, which causes Johne’s disease (JD). In addition, the effect of repeated bTB-intradermal testing on the performance of JD diagnostic tests is not fully understood. This study aimed to evaluate the impact of repeated bTB-intradermal tests under field conditions in Spain on the JD serological status of cattle.

Methods: bTB-positive herds (n=264) from Castilla-y-Leon region were selected and matched with officially tuberculosis-free control herds. The association between JD and bTB status at the herd level was assessed using conditional logistic regression and, in herds with both JD-positive and bTB-positive animals, a Bayesian hierarchical mixed-effect model was used for individual-level analysis.

Results: A significantly higher risk of being JD positive (OR: 1.48; 95 per cent CI: 1.01 to 2.15) was found for bTB-positive herds compared with controls. Individual results indicated that cattle tested more than three times per year, within the last 90 days and more than 12 months were more likely to be JD positive. A skin test-related boost in antibody response could be the cause of an apparent increase of the sensitivity of the JD-absorbed ELISA.

Conclusion: The results demonstrate the interaction between bTB repeated testing and JD individual and herd-level results and this improved knowledge will facilitate the design of more effective control programmes in herds co-infected with two of the most important endemic diseases affecting cattle in Spain.

Spain is not alone in facing the dual challenge of trying to control both JD and bTB and this publication is important in helping veterinarians diagnose these two important cattle diseases without unknowingly causing an interference between diagnostic tests. Unfortunately, this article is not Open Access.