Human Para’s inaugural MAP testing study is nearing completion. A total of 201 participants donated a blood sample at locations in Orlando, Philadelphia and New York City between May and September 2018. The final samples were drawn on September 10, 2018.

Since this was a blinded study comprised of both IBD patients and control subjects, each sample was assigned a number and sent to 6 participating researchers. The laboratories of Dr. Saleh Naser, Dr. Tim Bull and Dr. Irene Grant received buffy coats (the white blood cell layer) which were extracted at the Temple University laboratory. They tested all positive culture samples for two PCR markers unique to MAP: IS900 and f57. More detail about the testing methodologies can be found at the Human Para Foundation website.

Comment: Zoonotic pathogens typically have their “preferred” normal host. When they infected a different, abnormal host, they often change their behavior. When MAP finds itself inside a host that is not the normal one, i.e. not a ruminant animal, it may behave in unpredictable ways. Some experts suggest that it stops making its typical thick waxy cell wall rendering it difficult to stain using normal acid-fast stains for visualizing mycobacteria and no longer looks like a rod-shaped bacterial cell. This may explain why pathologists cannot see typical acid-fast stained (red) rod shaped bacteria as shown below in a tissue section from a cow. 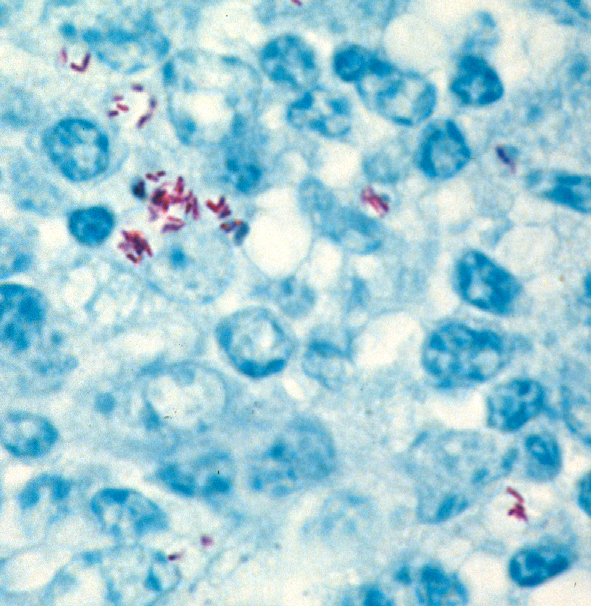 Diagnostic tests for MAP in humans therefore may necessarily differ in design from those tests used in animals. Hopefully, among the 6 different testing methods being evaluated at least one emerges that can effectively identify MAP infections in humans. An accurate diagnostic test for MAP in humans combined with the effective anti-MAP therapy being pioneered by RedHill Biopharma could revolutionize diagnosis and treatment of  Crohn’s disease and other disease of humans linked to MAP.